While the ad format is still relatively new to the social platform, results suggest costs are lower and the audience may be wider than expected. 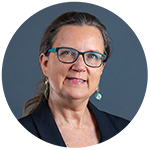 Pinterest is a relative newcomer to app install ads — they’ve been available on the platform to all marketers since late March — but strong early results like an average cost-per-install rate that is 23% lower than the overall rate convinced greeting card app Ink Cards to invest a portion of its Mother’s Day budget in giving the format a try.

While about 80% of Pinterest's 175 million users come from mobile, it is often pigeonholed as a platform for women and the do-it-yourself crowd. Social ad agency Bamboo has been running tests of app install ad campaigns on the platform for the past several months, and the performance to date has convinced the company that there is an opportunity here for marketers who jump in early to target a wide range of consumers and drive results.

“We’ve had success with every vertical we’ve tested so far,” Danny Sauter, co-founder of Bamboo, wrote in an email to Marketing Dive. “Some of our campaigns are seeing greater than 40% male audience share of spend, and we’ve already seen success with e-commerce, productivity, and fitness apps.”

Some of the verticals and audiences that have performed well on Pinterest include productivity, lifestyle, e-commerce, fitness and fintech.

One reason Pinterest app install ads could be worth a try is that marketers can currently use a more direct sales pitch than is allowed on some other social media platforms.

“There are opportunities right now that might not exist in a few months,” Sauter noted. “For example, there’s no ‘20% text rule,’ the dreaded rule from Facebook that says your image must contain less than 20% text. This means you can be more aggressive with in-image headlines, text overlays, and instructional copy.”

Despite Bamboo’s insistence that Pinterest’s audience is broader than some might expect, the stats suggest that it still skews heavily toward women, who account for 81% of users, although the audience is evolving, with men accounting for 40% of new signups.

The insights suggest Mother’s Day falls right in the platform’s audience sweet spot, giving Ink Cards, which lets users create a customized gift card and have it printed and mailed, a good reason to test the tactic.

“Much of [Ink Cards’] business is seasonal, and Mother’s Day is top of mind right now,” Sauter said. “We’re serving App Install ads around Mother’s day specific search keywords right now. The match is clear — someone who is searching for Mother’s Day gift ideas might be interested in an app that makes it easy to send beautiful, customized greeting cards.”

With Bamboo’s clients seeing 23% lower cost-per-install rates on Pinterest, on average, compared to their overall paid CPI and 13% lower cost-per-acquisition rates as well as greater scale than on Twitter, it's not surprising that the agency reports some are extending their Pinterest app install ad tests and allocating up to 30% of their overall mobile advertising budget to the tactic.

Even with the strong results, marketers may encounter some challenges. For example, with ads still relatively new on Pinterest, marketers may need to work extra hard to make it clear to users what the content they are clicking on is.

To address this issue, Bamboo tested including app icons in the ads and the results with positive results.

“We found that including app icons — either your app icon itself, or the Google Play/Apple iTunes logos — on images actually improve performance by up to 30%,” Sauter said. “This was due to a greater click-to-install conversion rate, since people had a better idea that they were actually clicking on an app install ad."

“Since ads are still so new, priming our audience on what they are actually clicking on, and what to expect after they click, is proving to be really important,” he added.

Giving it a try

Another challenge is finding the right balance of cost versus volume. Bamboo recommends that for Pinterest app install campaigns, marketers shoot for a 0.3% clickthrough rate or above — and not the typical threshold of 1% brands use on Facebook.

With driving new app installs both crucial and challenging in a saturated market, the arrival of Pinterest's app campaigns gives marketers a new audience to approach.

“We’d urge marketers to try and find a way to make room in their budget for a Pinterest test,” Sauter counseled. “Devote a slice of your existing mobile advertising budget to it, and see if it can beat your current baselines — cost per install, cost per purchases, and so forth. From there, let the performance dictate how much share of budget it should occupy.”