Why NFL sponsors are reevaluating their relationship with the league

This year so far has brought an unusual number of change-ups in how advertisers support the league. Several factors lay behind the shift.

Football remains a big draw on cable TV, even as cord cutting becomes more popular, and the National Football League ranks as the most profitable sports league in the world. Yet, despite these strengths, a remarkable number of the NFL’s long-standing sponsorships and advertising deals have either ended or otherwise changed so far in 2022.

Over a hundred years old, the NFL is a stalwart of sports marketing. However, in recent years it has faced a number of challenges, including scandals on numerous fronts and pandemic-induced complications that lead to declines in viewership. Still, at the start of 2022, it looked like the NFL could be headed for a banner year, with Super Bowl LVI averaging 112.3 million viewers — the big game’s largest audience in five years.

But the good times were short-lived. Over the course of just a few weeks in Q2 2022, Pizza Hut ended its relationship with the league after only a few years, with Little Caesars sweeping in to take its place. Anheuser-Busch InBev said it will remain the official beer and hard seltzer sponsor of the NFL, but will no longer retain its Super Bowl alcohol advertising monopoly, allowing for competitors such as Molson Coors to advertise during the game for the first time in 33 years. The development comes one year after Diageo was made the official spirits sponsor of the NFL, the first time Anheuser-Busch had shared NFL alcohol sponsorship with another company. Additionally, Pepsi stepped away from sponsoring the Super Bowl Half Time show after ten years, but will remain a close partner with the league.

“The movement of NFL sponsorships this year was definitely noticeable,” said Gretchen Walsh, chief client officer, McKinney, in an email to Marketing Dive. “It is likely brands with supply chain issues and/or COVID impact took a hard look at the value and the effectiveness of executing their legacy sponsorships.”

Beyond issues like supply chain and the pandemic, other factors impacting the perceived value of NFL sponsorships likely include viewer fragmentation and a larger cultural shift.

Value of a dollar

While Super Bowl LVI was the most viewed game since the New England Patriots won against the Atlanta Falcons in 2017 (which pulled in 113.7 million viewers), viewership among 18 to 49 year olds has been falling steadily since 2011. That year, 52.5 million people between the ages of 18 and 49 watched the Super Bowl, but by 2021, the number had fallen to 34.3 million.

The Super Bowl’s shrinking viewership could be interpreted to mean that football is losing popularity among the young. However, between 2017 and 2020, Sunday night viewership among this key demographic has remained relatively stable at 7.9 million, dipping to 6.4 million in 2020. The drop could be due to how the COVID-19 pandemic impacted sports, with many sports having their seasons at the same time, meaning more live sport options were available.

But viewer fragmentation has endured as an issue even as league seasons have returned to normal. Consumers simply have more options than they did in the past and big live sporting events are not always the cultural unifier they once were. And, with highlights and real-time updates at the fingertips of consumers, they don’t even have to tune into the game to feel involved or caught up.

How football games are structured may also be lending itself to viewer fragmentation. While the average football game lasts 3 hours and 12 minutes, the ball is only in play for an average of 11 minutes and the average play is only 4 seconds. On average, 20 commercial breaks are taken and over 100 ads shown, which may lead to viewers frequently checking their phones if not engaged.

All of which points to the need for a diverse media strategy for advertising success. For its part, Anheuser-Busch said it is exploring how to extend its impact beyond the football season.

“In line with this evolution in our strategic approach, beginning in 2023 Anheuser-Busch will shift its advertising approach at the Super Bowl and will not pursue alcohol category advertising exclusivity in the national broadcast,” said Spencer Gordon, vice president of consumer connections at Anheuser-Busch in an email statement to Marketing Dive. “This shift allows us to rebalance our media investments in key moments all year, both during football season and during the summer selling season, therefore fueling our ambition to lead future growth.”

Anheuser-Busch, which has had a contract like no other with the league for over 30 years, probably didn’t make the decision overnight, according to Simon Wardle, chief strategy officer of Octagon Worldwide, a sports marketing firm.

“I think Anheuser-Busch probably decided after 30 years...the premium that they're paying and the continuing increase in advertising rates, especially around the Super Bowl, probably gets to a point where maybe the exclusivity premium is, they don't feel, worth it, given the ever increasing 30-second spot rates the Super Bowl commands,” said Wardle.

However, viewer fragmentation doesn’t mean that the Super Bowl is no longer a valuable investment. It really comes down to brand strategy and what brands are hoping to get out of the experience. If buzz and hype are the goal, the Super Bowl remains one of the best places to drive word-of-mouth.

Advertisers could expect to see a 16% increase in word-of-mouth (both online and in person) for a month after a game, according to a study by the University of Minnesota. For the first week, the total was 22%. Online, the increase amounted to 68% the day of the Super Bowl, but such dramatic results only lasted a few days.

“Prior research does find, relatively speaking, there isn't really a boost in sales after Super Bowl ads… But we still see these ads could increase word of mouth and could cause immediate spikes in online searches,” said study author and University of Minnesota Carlson School of Management Assistant Professor Linli Xu, Ph.D. “So, if the company really wanted to reach the goal of increasing brand awareness or staying connected with your customers, what's the best way of reaching hundreds of millions of people at one time? And I think that's what attracts a lot of advertisers to be part of the Super Bowl.”

There’s also the fact that unlike most TV programs, Super Bowl commercials are a reason to watch in and of themselves as many brands take the opportunity to debut new commercials during the game.

“When you factor in all of the additional noise that comes around that Super Bowl, not only are you delivering a huge number of eyeballs but it's quite unique in the sense that it's the one sporting program, or one could argue the one program of the year, where the commercials are part of the show,” said Octagon’s Wardle.

The NFL, and live sports in general, have been slow to embrace the digital revolution. However, the 2022 season may have marked a turning point for the league. Recently, Amazon became the exclusive rights holder to Thursday Night Football and the NFL itself launched a streaming service that includes all out of market preseason games and mobile access for all live local and prime-time regular season games.

“We have seen live sports become available on all digital platforms across social and streaming, and the recent ‘shakeup’ with the NFL is what I would consider somewhat of the league’s acknowledgement and acceptance that even the largest, most popular sport in the U.S. must break legacy behaviors and evolve in order to stay culturally relevant and in touch with all demographics,” said Jimmy Spano, senior vice president, group director, Carat USA in a statement to Marketing Dive.

Ultimately, how fans are consuming football has changed, and brands need to change with them. Knowing how to engage viewers when their eyes are not on a TV is paramount.

“Engagement is very important here... called second screen behavior, as we all know, is actually close to 70% of viewers (who) use another device when they watch TV,” said Xu. “And the most likely thing they are going to do during commercial breaks is actually to check their phone, either to search the product that they just saw online or talk about certain shows that they just launched.”

Offering a stake in the game may be the incentive some viewers need to stick with the game until the end. Between 2018 and 2021, a wave of bills legalizing sport betting swept the U.S. and currently well over half the country has legalized sports betting in some shape or form. New York Giants co-owner Jonathan Tisch remarked that legalized sports betting was directly responsible for increases in viewership in 2019. In early December of 2019, after many laws took effect, viewership overall increased by 5% from 2018, while digital viewership grew 49% when compared to the year prior.

Fantasy football has also had impact on viewership. Approximately 40 million people in the U.S. and 20 million abroad participate in fantasy football to varying degrees as of 2021. The popularity of fantasy football prompted the NFL to launch an entire channel surrounding it called RedZone. The network, which launched in 2009, offers simulcast coverage of every game on Sundays. RedZone provides fantasy football fans with the knowledge they need to make accurate picks for their “team” while providing fast-paced coverage of out-of-market games.

Channels like RedZone, which are geared toward the data-oriented young fan, are a natural place for advertisers to make their mark, especially as they chase that key 18-49 demographic.

While fragmentation is a major contributing factor to the loss of young viewers, the NFL is king as far as ratings go, which makes it a key partner for advertisers looking to reach consumers on cable.

Despite viewer fragmentation and shifting consumer habits, the NFL will continue to be a force in American advertising. However, what benefit partnering with the league holds for advertisers will be up to advertisers themselves.

“One of the benefits the NFL has over some of these other sports is the love of the game,” said Wardle. “Regardless of which two teams are playing on Thursday nights or Sunday nights or Monday nights, people tend to tune in regardless, just because it's the NFL.” 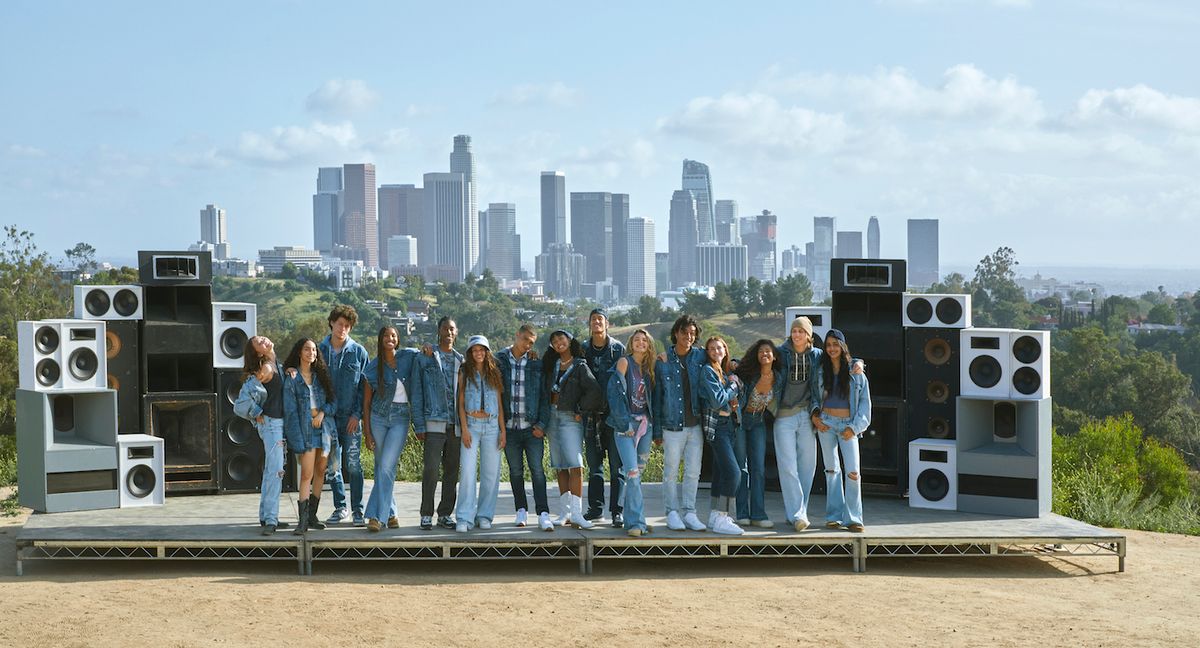 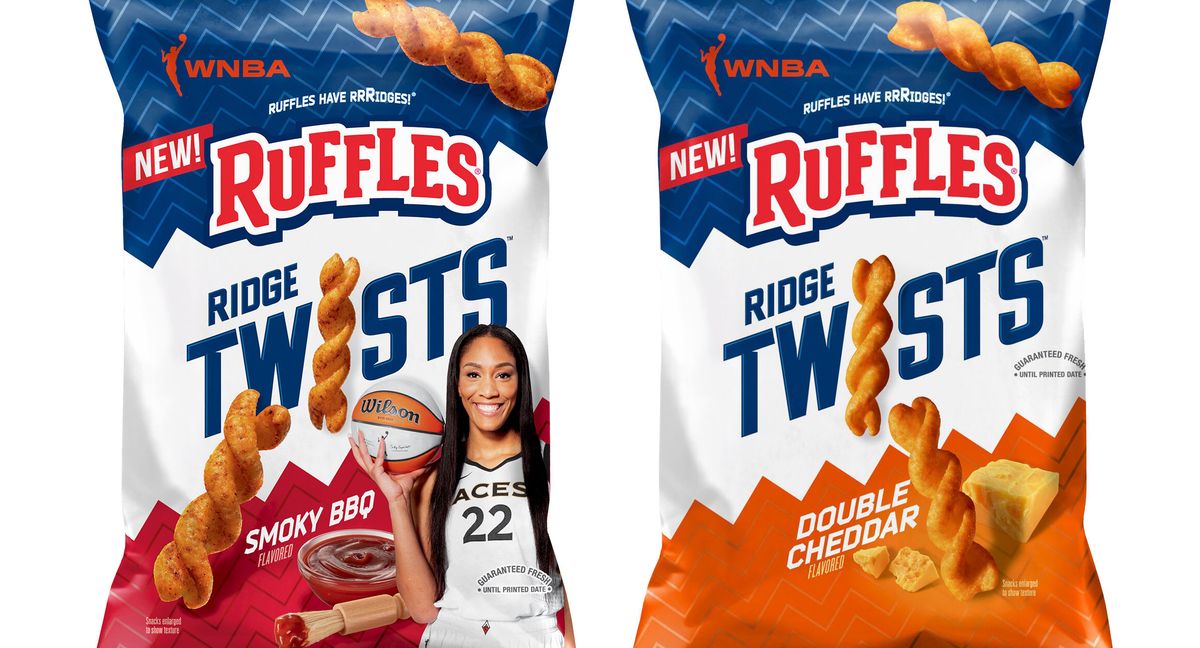 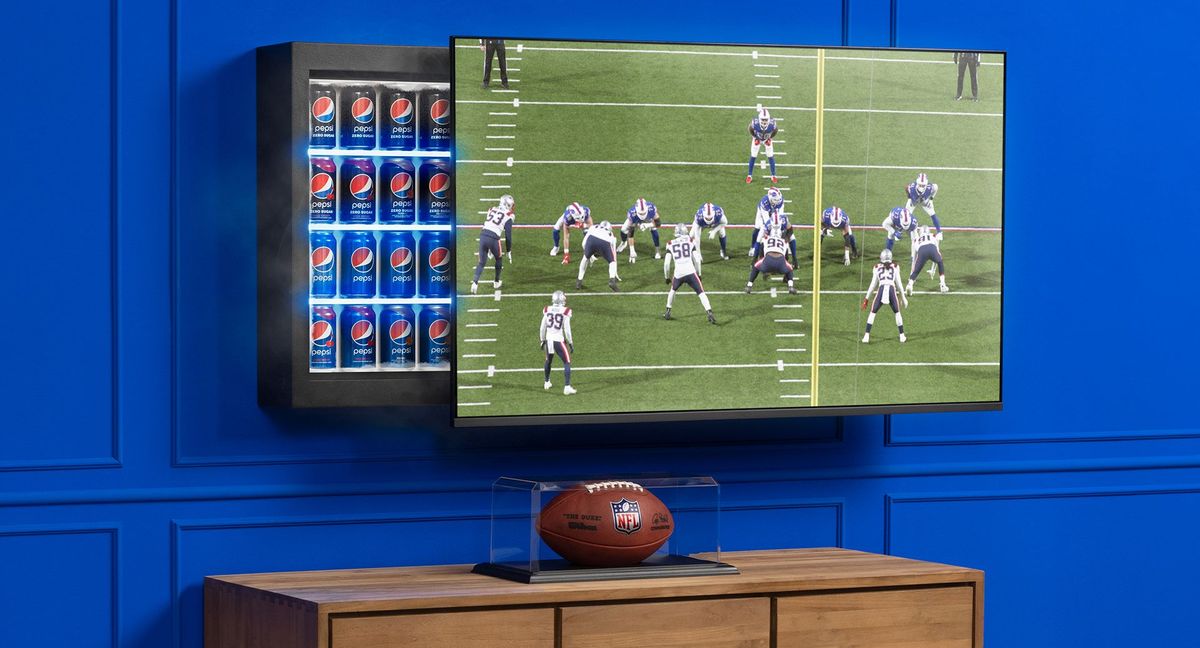 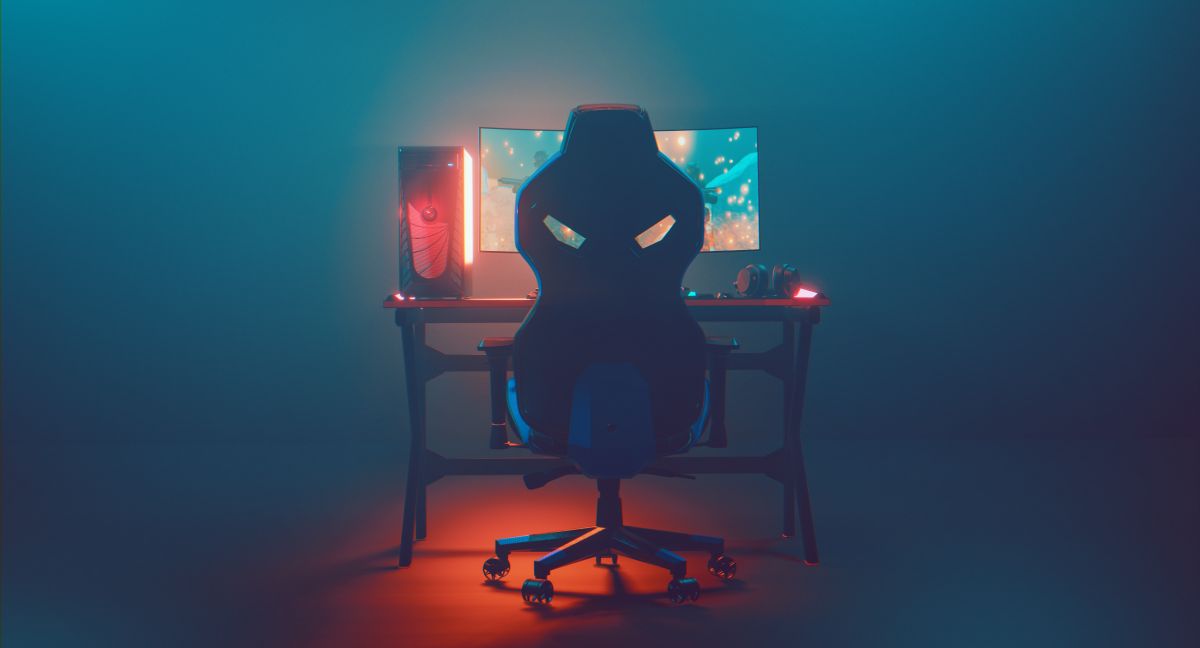 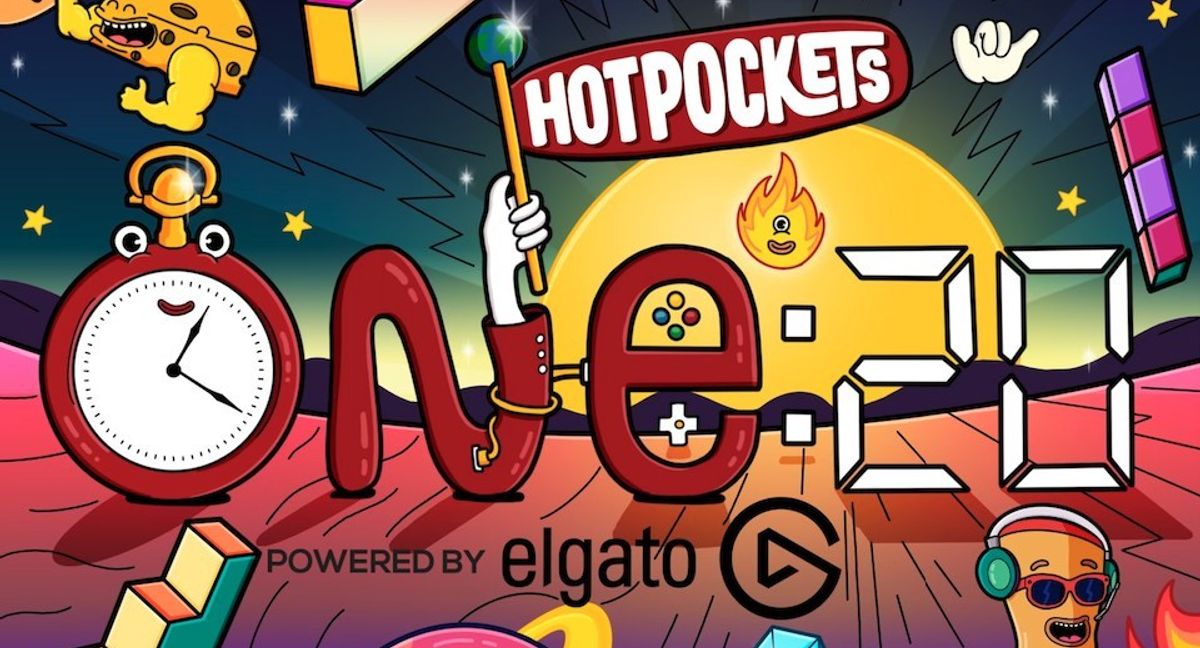 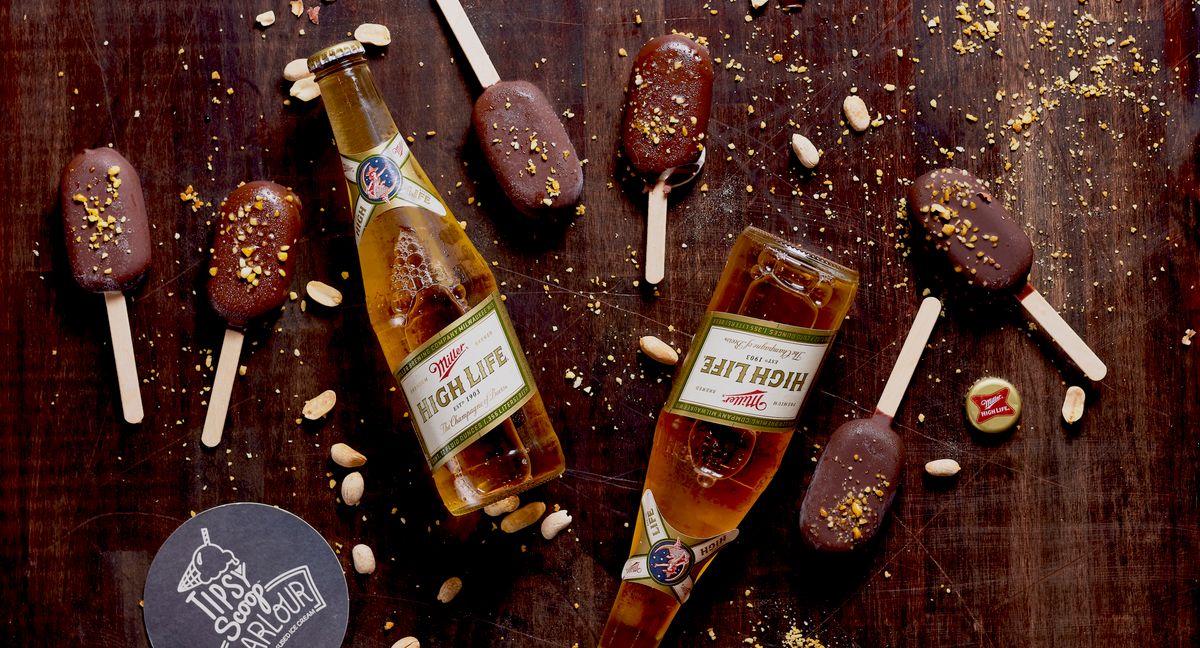