The flight to direct: Why premium programmatic will rule in the post-cookie world

By Doug Huntington, CEO of FatTail 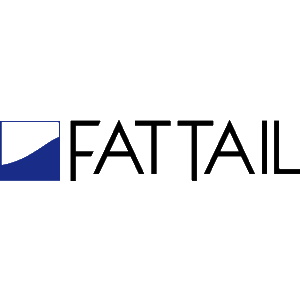 Programmatic technologies have transformed the digital advertising industry. But with the demise of the cookie, is the industry on the cusp of an evolution -- or a revolution? Publishers looking ahead to the post-pandemic, post-third-party cookie digital advertising landscape have an opportunity to reclaim their position as stewards of their readers' data and nurturers of the value trade between content and advertising, while growing their revenue through direct, premium programmatic deals.

FatTail, along with Beeler.Tech and CoLab Media, recently surveyed senior ad operations and revenue leaders representing 95 global publishers for insights into industry trends and forecasts related to premium programmatic inventory. The results revealed that publishers are projecting significant changes as advertisers search for safe and scalable alternatives to the open market.

The survey results show that publishers are eyeing an increase in demand and spending in transaction channels that comprise the “premium programmatic” segment, which includes programmatic guaranteed, private marketplace (PMPs), and preferred deals. The survey data revealed some key publisher expectations, including:

One key takeaway from the survey is a departure from the generally high-volume, low value inventory that is typically associated with the open market, and a move to more direct deal-based campaigns with more guarantees. Finally, publishers are projecting a rise in automated deals with the scale and operational benefits of RTB-based open auction transactions but offering the same level of detail and control that buyers and sellers get from direct sales.

“It’s no surprise the research shows a shift to quality in programmatic,” Beeler.Tech CEO Rob Beeler states. “Top brands want to transact with top publishers through programmatic pipes. It’s taken the industry some time to work through the obstacles, but that work is starting to pay off. Programmatic is so much more than the open marketplace and the research shows a level of optimism I haven’t seen before.”

Over the last 20 years, the impact of open market programmatic digital advertising has been undeniable. Open market programmatic was a catalyst that resulted in tangible benefits including real time actionable insights, greater efficiencies, market transparency, and technical innovations. But the open market continues to carry persistent and significant limitations such as fraud risk, concerns about publisher brand safety, and escalating technology costs.

Further, the focus on audience without regard to context and quality has made it harder for branded publishers to earn the revenue needed to pay for professional journalists.

In the coming months, as third-party cookies are no longer supported and given the uncertainty around identity and privacy regulation, pressure is intensifying on demand-side buyers to find a new and viable alternative to targeted inventories. The solution is likely to be found in a diversified approach that combines a number of strategies and transaction channels. Solid strategies may include some combination of automated programmatic and direct deals with premium supply partners.

People-driven programmatic transactions are emerging as a key differentiator in what elevates transactions to “premium” level. Premium programmatic direct options such as programmatic guaranteed, preferred access deals, and private auction are among the channels that offer more benefits and expanded capabilities. Some of these benefits include direct discovery of publishers and inventory, collaborative deals, prioritized access, inventory and spend commitments, and safe, transparent supply.

However, widespread adoption of premium programmatic deals is hinged on technology solutions and cross-industry support between sellers and buyers, who traditionally have lacked the necessary infrastructure and technical standardization needed to manage deals, products, pricing, and negotiations. If publishers, buyers, advertisers and technology partners can converge to work for a streamlined solution, direct buyer-seller relationships can lead to smarter, high value deals for the industry.