Nodding to its 90-year history, the chip brand attempts to bring its purpose of delivering joy closer to the center of its marketing.

Fresh creative for Lay's return to the Super Bowl after a 17-year hiatus leans on the chip brand's 90-year legacy while laying the foundation for a new brand platform to steer its marketing in the years ahead.

In a 60-second big game ad, actors Seth Rogen and Paul Rudd reminisce over a bag of chips just before Rogen marries a ghoul named Janet. A series of flashbacks depict memorable antics from the course of their friendship where Lay's also happened to be present, including near-death confessions, stumbling into turf wars, surviving a kidnapping and a desert road trip where they sing Shania Twain's "You're Still the One."

The spot, titled "Golden Memories," attempts to bring Lay's purpose of delivering joy closer to the campaign's center while tapping into the brand's history and nostalgia it elicits, according to Rachel Ferdinando, senior vice president and chief marketing officer of Frito-Lay North America.

"One of the things we've learned during this pandemic is how consumers and people in general have leaned on nostalgia and memories of the good times to help come through what has been a very challenging time," Ferdinando said. "And there is no better brand to say to America, 'Stay golden. Keep that joy. Despite the difficult times, remember the good times.'"

From the Golden Grounds up

Developed with agency Highdive, Lay's new creative starring the comedy duo will primarily live on social media and digital video following Super Bowl Sunday, with support by additional extensions in the weeks ahead. On game day, the chip brand is launching a #LaysGoldenDuet hashtag challenge on TikTok for fans to create videos singing along to Twain's 1997 hit. The social media activation directly ties with the creative and extends the ad's reach, likely helping to drum up brand engagement via shareable user-generated content.

The chip brand kicked off its new "Stay Golden" creative platform on the road to the Super Bowl with a January debut of Golden Grounds chips, a limited-edition line of snacks made from potatoes grown in the soil of NFL stadiums and fields across the country. Special packaging features a variety of NFL team colors and logos affixed above a small Lay's emblem. Timing the creative platform's introduction around the NFL's hyped championship game could draw additional buzz to the PepsiCo snack brand as it returns to the big game's advertising roster after a lengthy hiatus.

"You can start to see how it really does have breath to live across many dimensions," Ferdinando said.

Lay's plans to continue with messaging around "Stay Golden" throughout 2022, though the executive declined to share specifics.

More than a year ago, Lay's team sat down to begin developing a marketing roadmap for the years ahead. They kept coming back to a return to the Super Bowl as part of the brand's central purpose of transforming moments of joy, according to Ferdinando.

"Nothing brings a smile to football fans' faces [like] watching the big game and sharing some Lay's, so we really saw it as the right moment for such an iconic snack brand to be present at the nation's biggest cultural moment for us and for snacking around the Super Bowl," she said. "This year felt right with the 'Stay Golden' platform to really celebrate joy and take a moment to look back and look ahead at the same time."

"One of the things we've learned during this pandemic is how consumers and people in general have leaned on nostalgia and memories of the good times to help come through what has been a very challenging time."

Lay's is the latest brand leveraging its long history and brand recognition in fresh creative platforms that attempts to realign brands to their values as marketers continue to adjust to a new landscape shaped by COVID-19. Coca-Cola and Anheuser-Bush earlier this year unveiled brand refreshes that both nod to their respective legacies while laying the groundwork for contemporary marketing initiatives that meet the moment.

"First and foremost, we're getting to what we would call a really big idea that can house everything across the brand," Ferdinando said. "I think we've done a great job over the years of celebrating individual products or individual parts of the extensive snacking portfolio that Lay's offers, but here, we wanted to ladder up to the purpose and make Lay's purpose of delivering joy and smiles more front and center."

Lay's is just one of the brands associated with Frito-Lay appearing at this year's Super Bowl. Sister brands Cheetos and Doritos revealed their own big game spot, featuring artists Megan Thee Stallion and Charlie Puth as the voices of singing woodland creatures. The ad marks a first for parent company Frito-Lay, which chose to feature its Flamin' Hot brand in the pricey ad buy. Frito-Lay is a division of PepsiCo, an official NFL sponsor that is also presenting the Super Bowl Halftime Show.

Together, the beverage and snack behemoth's significant presence at this year's game points to a broader resurgence of big-time advertiser interest in the Super Bowl, according to Ferdinando.

The general tone of Super Bowl ads last year shifted to more doom-and-gloom to match consumer attitudes amid the pandemic, with many longtime advertisers sitting out the game. This year, humor and themes around a brighter future seem to mark somewhat of a return to lighthearted creative, she noted.

"Let's be honest, it's still 100 million viewers who are leaning in to watch, and we know that NFL viewership is the highest it's been in a while, so it really is culminating into a very big moment in culture. And for us, it's a big moment from a consumption standpoint and a great stage to be present at," Ferdinando said. 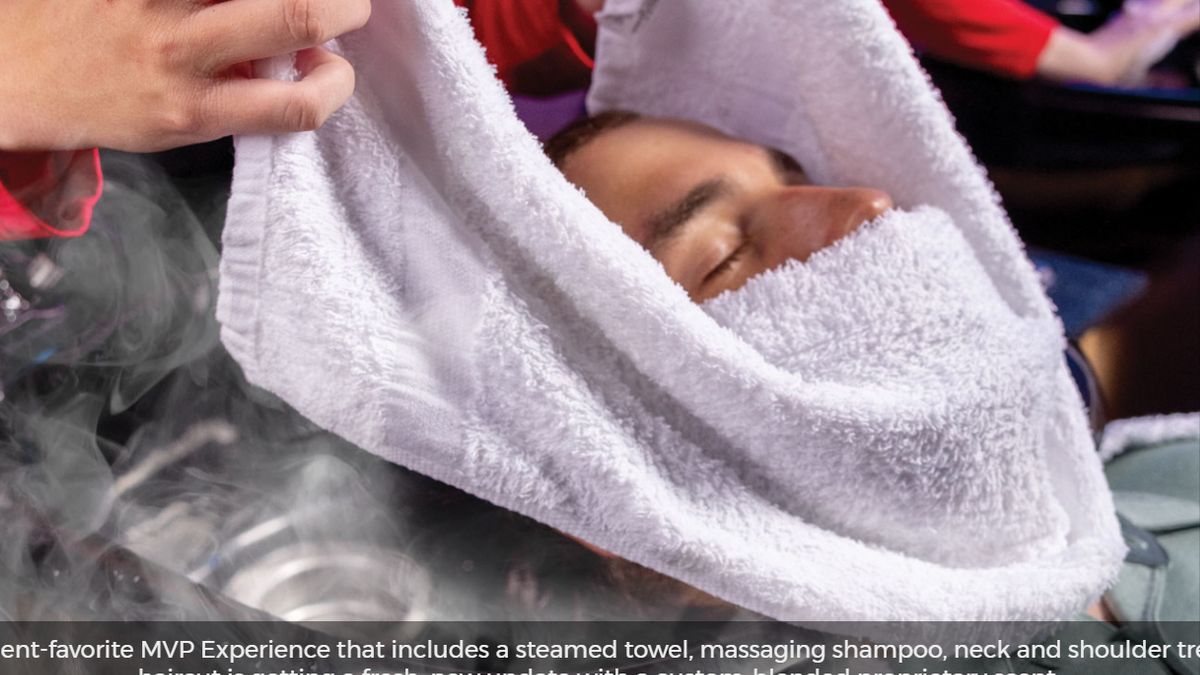 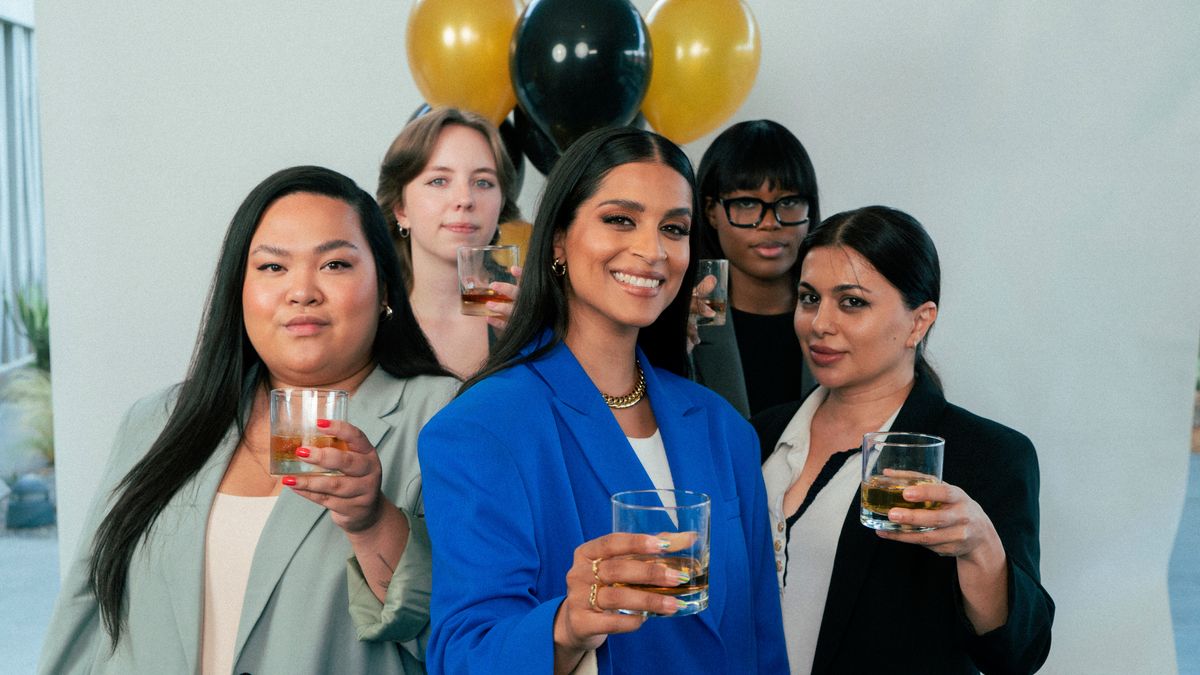 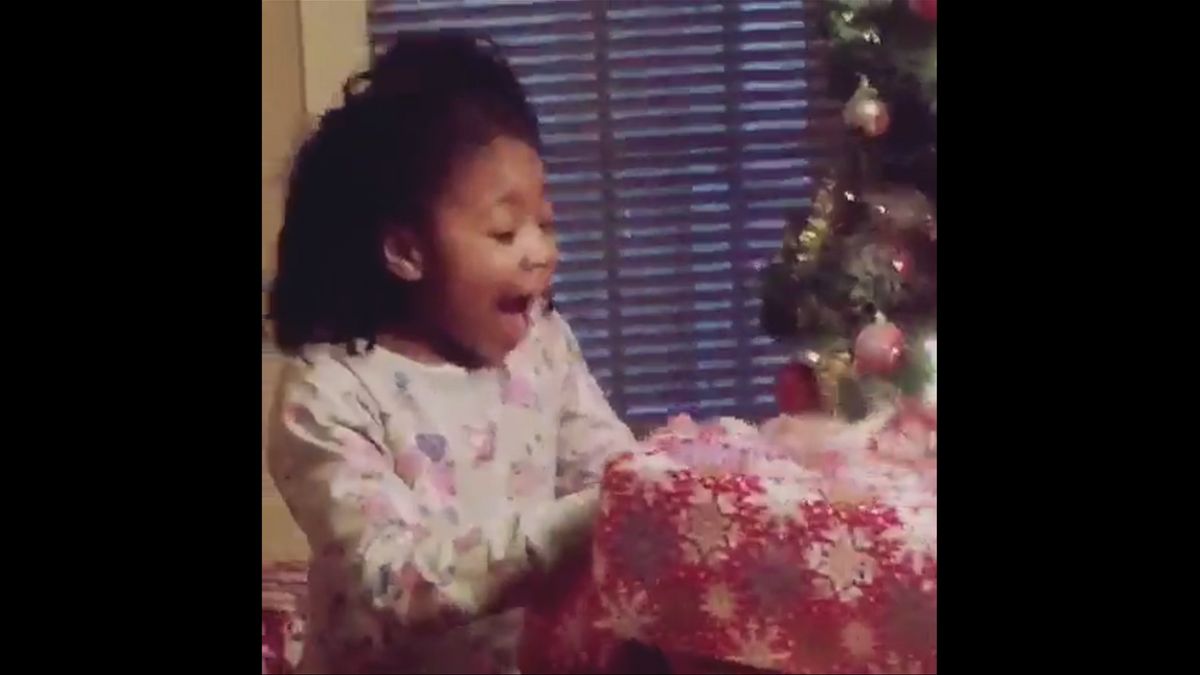 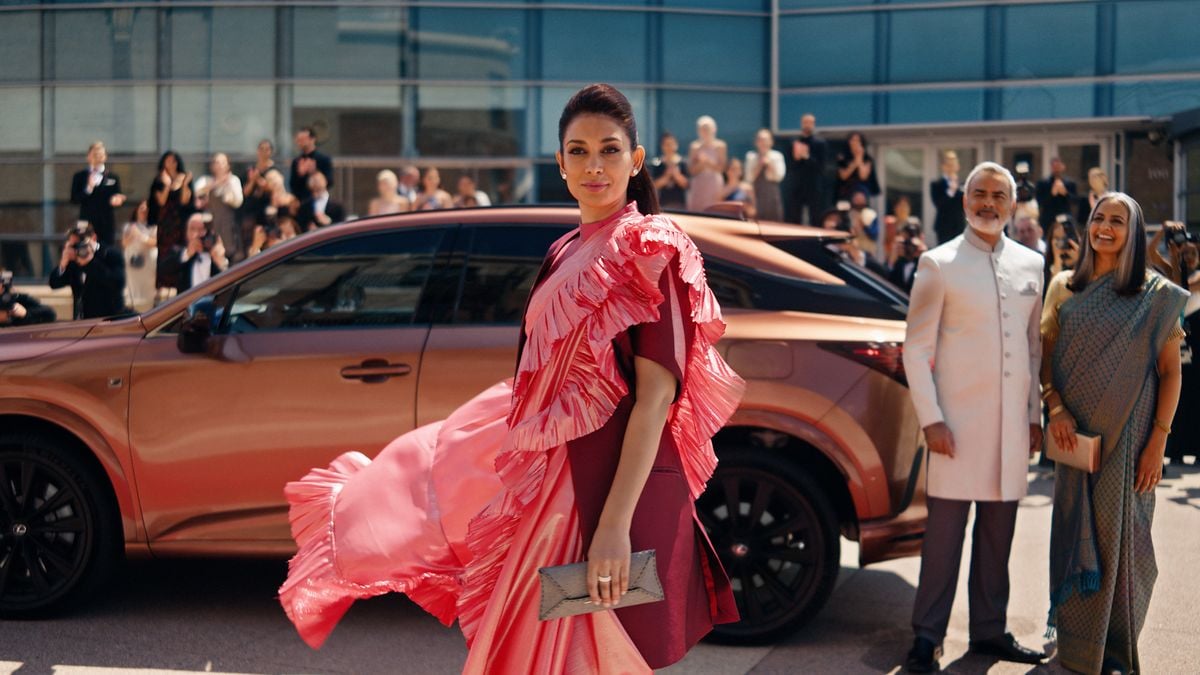 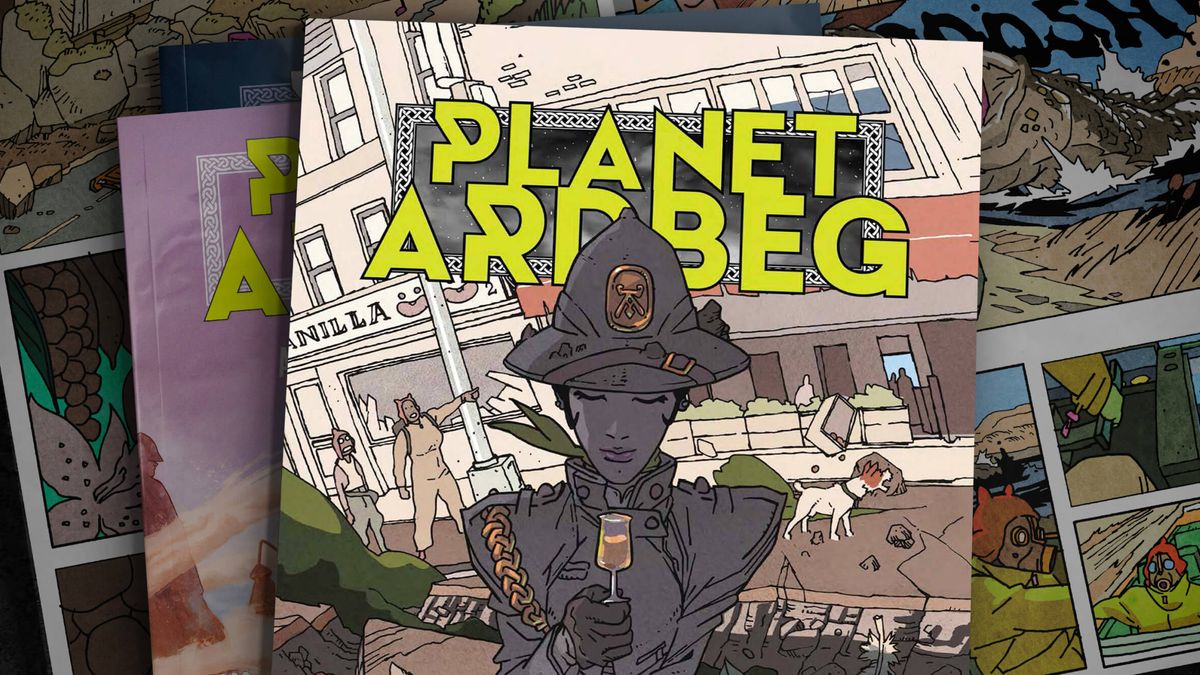 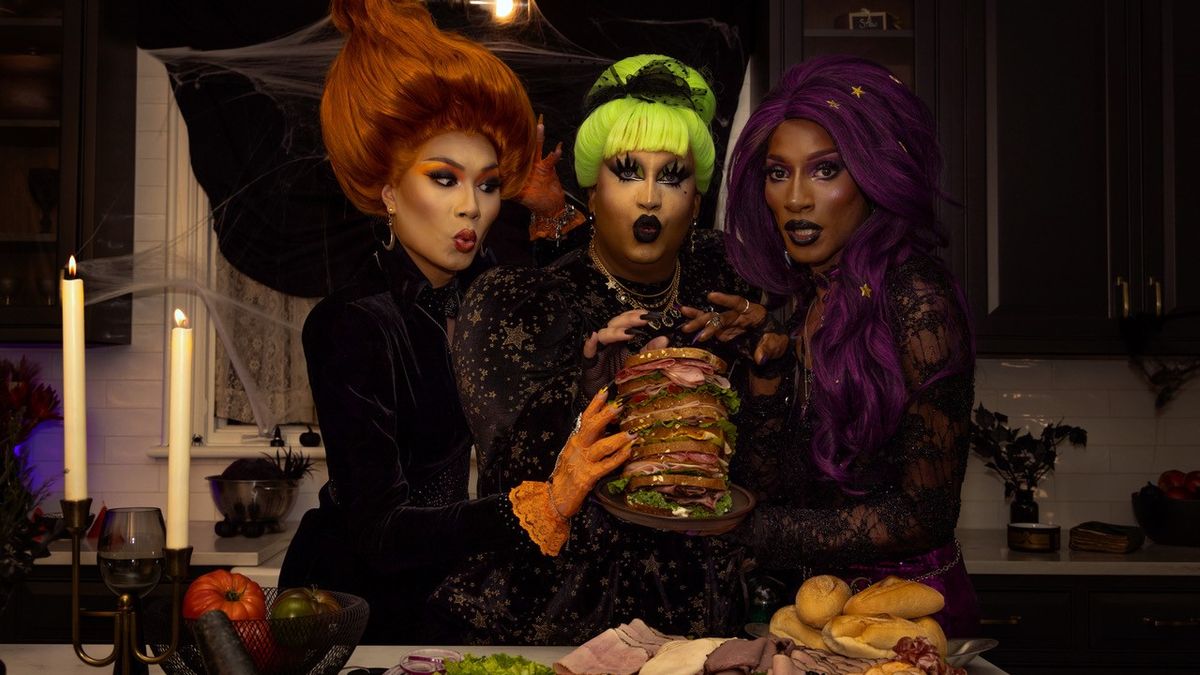