Dr. Pepper and L'Oreal's NYX are among the brands looking to drive buzz or direct sales through the app that has refocused on longer-form content.

Triller last year appeared poised to become a possible replacement for TikTok, which faced the possibility of being banned in the U.S. because of national security concerns stemming from its ownership by a Chinese company. However, a change in U.S. policy with the transition from the Trump to the Biden administration has diminished the threat that TikTok will be blocked.

In the wake of that policy change, Triller has ramped up the creation of long-form videos that pair influencers with brands as the social video app seeks to differentiate its platform from chief rival TikTok. The lengthier programming marks the latest stage in Triller’s evolution from an app that initially gave users a way to make professional-looking music videos.

"Our journey with Triller started with helping musicians get their content out to fans and followers at a scalable way," Mahi de Silva, who three months ago was named CEO of Triller, said in an interview. "In the wake of the social phenomenon called TikTok, we pivoted to create a place for short-form content, but unlike TikTok, [are] creating a gateway from short-form content into more immersive, long-form experiences."

That programming includes prerecorded and live shows starring social influencers, recording artists and other celebrities, along with sporting events. A recent example of its long-form programming was a livestream of the Essence Festival of Culture, the yearly event hosted by the fashion and beauty magazine for Black women.

De Silva said Triller's presentation of a music battle between singers Bobby Brown and Keith Sweat drew an audience of more than 5 million unique users on Verzuz, the music livestreaming platform that Triller's parent company acquired in March. Triller added a Verzuz channel to its app to showcase its expanded music programming.

Coca-Cola and Nike were among the sponsors of the Essence Festival, which was reformatted as a virtual experience for the second consecutive year because of the pandemic.

"We were able to create brand activations for those brands within that Verzuz community," de Silva said. "What we're doing at Triller is helping brands create immersive experiences on digital, associated with short-form and long-form content, and bringing creators into that experience."

Those creators can highlight key attributes of a brand's products and personalize the messaging for their followers, he said. Triller also distributes its content on other platforms digital platforms to expand its reach.

"We make the content accessible and available on pretty much everywhere, so the Verzuz event gets seen live on Instagram and YouTube and other platforms that are open to that kind of live experience so that it activates more users," de Silva said. "What we try to do then is to route that click experience through our platform that's meaningful to the advertiser."

As an example, he pointed to last month's "Dr. Pepper Zero Sugar x Zero G" activation that brought together the beverage brand with a group of 20 influencers. They included stars of "The Bachelor" franchise Matt James and Tyler Cameron, as well as Brandon Armstrong, Twan Kuyper, Laura Lee, Adam Waheed and Vale Genta. Triller and Dr. Pepper invited the group to take a trip on a parabolic flight that simulates the weightlessness of outer space by ascending and descending at extreme angles. In addition to product placements, Dr. Pepper's branding was featured throughout the trip, appearing on the side of the airplane and on the influencers' flight suits.

"In the wake of the social phenomenon called TikTok, we pivoted to create a place for short-form content, but unlike TikTok, [are] creating a gateway from short-form content into more immersive, long-form experiences."

The influencers posted videos and images of the trip to their stories in photo-sharing app Instagram, generating nearly 19 million views. Dr. Pepper gained additional exposure on Instagram Reels and TikTok with almost another 1 million views, according to data provided by Triller.

The activation not only reached young consumers targeted by Dr. Pepper, but also made the brand much more accessible because the influencers and social media stars have cultivated followings who want to hear what they have to say, de Silva explained.

As many brands develop direct-to-consumer (DTC) strategies to market their products through digital channels, Triller this month added a click-to-purchase feature to livestreams. L'Oreal's NYX Professional Makeup became the first brand to use Triller's shoppable video features with a nostalgia-themed event that took viewers back to the turn of the millennium. The event on the TrillerTV livestreaming section of app featured pop stars from the 2000s including singers Lance Bass, Brandy and JoJo in a throwback makeup challenge. They recreated looks from the era using items from NYX's fall 2021 collection, which was available for direct order.

The shoppable livestream was another sign of how Triller mixes entertainment content with commerce on behalf of brands. Last year, NYX promoted its spring 2021 collection with a virtual concert by singer Bebe Rexha and an augmented reality (AR) pop-up shop on Triller.

"You see the product essentially promoted and demonstrated by personalities that consumers know and listen to, and then there's a buy-it experience that goes directly from that into a shopping cart," de Silva said. "With deep integration with the e-commerce site for the brand, we can do things like detect cart abandonment and see if there was something unclear about the value proposition, and how to go back and re-engage that consumer." 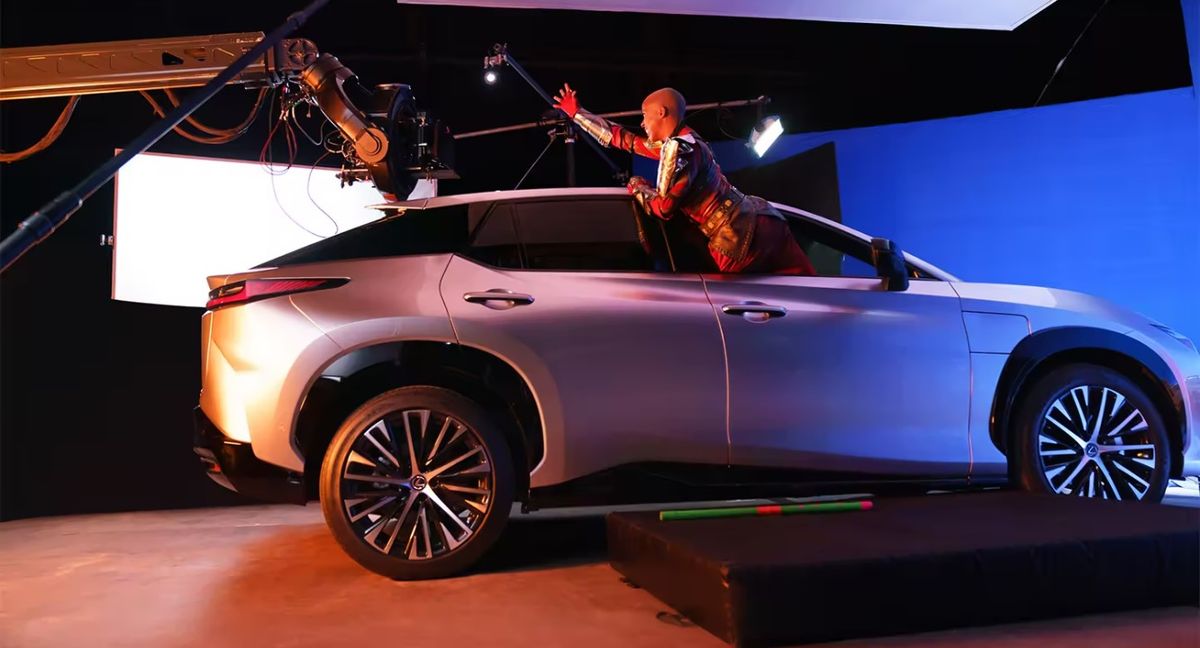 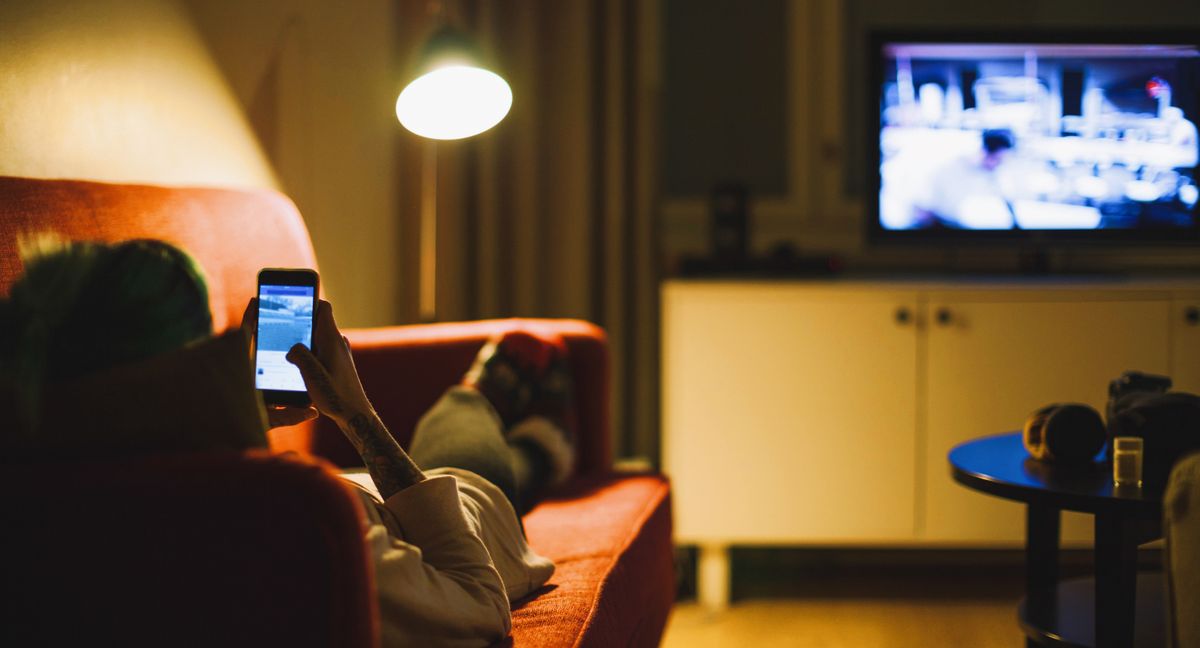 View all | Post a press release
Retail Marketing Company, ‘2020 Companies,’ Partners with DailyPay to Further its Mission as a…
From DailyPay
Winn.AI Goes Out Of Stealth and secures $17 Million Seed Funding for Real-Time AI Sales Assist…
From Winn.AI
Canvs AI Delivers Text Analytics Platform Updates to Scale Analysis of Open-Ended Questions
From Canvs AI
RollWorks’ ABM Play Generator Makes it Easier for Anyone to Start Their ABM Journey
From RollWorks
Editors' picks
Latest in Mobile
© 2022 Industry Dive. All rights reserved. | View our other publications | Privacy policy | Terms of use | Take down policy.
Cookie Preferences / Do Not Sell