Virtual reality is quickly growing into a multi-billion dollar industry, but like most new technologies, it has its challenges. That doesn't mean marketers shouldn't pay close attention.

In theory, virtual reality is a marketer’s dream.

Its hardware — think of the iconic visor-like headset — enables trendy technology like 360-degree video and spatialized audio, and has the potential to create a completely immersive space that places the user entirely within the world of a marketing campaign. The sensory advantages of VR are a cut above other new and emerging technologies such as augmented reality (AR), which adds virtual elements to the existing world instead of simulating a completely new one of its own.

While Apple CEO Tim Cook predicted earlier this month that "VR ... is not going to be that big, compared to AR," the experts interviewed for this story suggested that AR and VR shouldn't be compared apples-to-apples, given the wide disparity in the experiences they provide. Cook may be right about the greater scale of AR — especially considering the success of apps like Snapchat — but VR holds more deeply immersive potential.

The bad news for marketers interested in the immersive VR experience is that it remains expensive and is an incredibly nuanced medium to put into practice. The complexity and cost of VR have made it difficult for mid-priced devices to emerge, with hardware largely limited to either cheap, do-it-yourself options like Google Cardboard or heftier, pricier sets like the Oculus Rift. It's a wide gap that has made the product very niche and has resulted in frustrations with consumers seeking an immersive trip.

Widespread adoption is another obstacle, particularly for expensive and high-quality hardware. Strategy Analytics reports only 6% of Americans will own a VR headset this year — with 93% expected to own simple smartphone models, and just 1% of purchases going toward high-priced devices like the Oculus Rift.

While more affordable hardware and growing consumer spend on VR are on the horizon, some manufacturers are taking a wait-and-see approach until a core audience emerges, and the IAB told Marketing Dive that marketers are holding back from VR "on a broader scale" until costs come down. Along with a steep learning curve and the significant buy-in needed for content development, the ups-and-downs of VR's emerging market present challenges for marketers intrigued by its dreamy potential.

While the expense of VR isn't necessarily prohibitive for major brands, it certainly doesn't come cheap.

In terms of raw numbers, interactive video production carries direct costs anywhere from $30,000 to $60,000 per minute, according to Vincent “Vince” Cacace, founder and CEO of Vertebrae, a VR marketing firm.

The Interactive Advertising Bureau (IAB) released a study last month titled “Is Virtual the New Reality?” that concluded the “deepest levels of immersion also cost the most to produce” — and deep immersion is what really counts when it comes to campaigns that connect with users.

Other expenses attached to the medium, like pre- and post-production considerations, are nebulous at best.

“Far more important [to marketers] are the indirect costs,” Clifton Dawson, CEO of Greenlight Insights, a business analytics firm for immersive technologies, told Marketing Dive. “While it is very expensive to produce the content, whether it be 360-degree video or CGI, a lot of the indirect costs are still being figured out.”

On top of the hefty price tag, VR is hard to pull off. “The learning curve for marketers (and all experience creators) is steep, given the radical nature of both the creative and technical requirements,” Dawson said.

Barriers exist for marketers hoping to reach consumers who are new to technology as well. There are concerns among some experts over the low early rates of user adoption thanks to VR’s price tag and niche market, according to the IAB — problems the trade association says can best be fixed if “the technology is broadly distributed ... beyond the gaming community” and if “the pipeline for content is fast-flowing.” Lucas Matney, a TechCrunch writer focused on the virtual/augmented reality space, says that “consumers seem to have grown oversaturated with all the media coverage of expensive tech that’s inaccessible to them.”

While VR has already won fans among hardcore gamers and early adopters at the bleeding edge, the hype surrounding VR simply hasn't corresponded to an experience mainstream consumers can connect with — at least not yet. Analysts' forecasts suggest that may be set to change soon — and it could have significant ramifications for marketers.

A 'billion dollar niche' no more

In a report from early October, Juniper Research predicted consumer spend on VR could hit $5 billion in 2016 and reach $50 billion by 2021. Investors clearly see the opportunity emerging fast: VR and AR scored $1 billion in investment in Q1 alone, per CB Insights — a growth of about 7.5x over last year — while Deloitte predicted that 2016 could net $1 billion for VR alone.

There’s no shortage of exciting — and accessible — products on the horizon, either. On Oct. 4, Google announced its affordably-priced Daydream View headset, which joins options like Facebook-owned Oculus Rift on the market. For its part, Oculus recently inked a major deal with Disney to produce VR films and other features, and its headset is about to get live demo spaces in 500 Best Buy stores nationwide, an expansion that shows the electronics retailer believes the technology is ready for the masses.

"There will be more headsets out in a short time, so there’s more and more possibilities for users to consume it," Anna Bager, senior vice president and general manager of mobile and video at the IAB, told Marketing Dive. "I think that marketers are very interested in building these activations."

The next few years are a critical time for digital marketers hoping to reach an eager, previously-untapped VR audience, but that doesn't mean it's time for marketers rush in. Marketers' concerns shouldn’t lie with costs or any sort of window closing on the VR opportunity, but instead on the “innovation side," Bager said. "It’s about advertising in VR but also advertising [for] VR.”

“You need to educate consumers that this exists and when they can use it,” she said. “Finding great content and making sure users are aware of that content is what’s going to help.”

Bager suggested that marketers can help edge the medium into the mainstream. The IAB report illustrates several case studies of major brands — including Dunkin' Donuts, Post Cereals and Hilton Hotels and Resorts — who are already running VR campaigns that both elevate brand awareness and consumer engagement with the technology.

The specifics of what people will latch onto within these types of VR campaigns going forward is something marketers need to figure out for themselves — and Dawson said the process is ongoing.

“Marketers need to invest years to figure out how to leverage VR to create compelling integrated campaigns before they'll need to worry about loss of the ‘wow’ factor,” he told Marketing Dive.

But what if marketers themselves become the ones killing the "wow" factor?

Out with the old essential for VR marketing

Despite the obstacles ahead, the state of VR marketing is hardly all doom-and-gloom. It’s a fresh, innovative technology that’s already leading to the type of “compelling integrated campaigns” that Dawson speaks of, including a recent Mountain Dew immersive skate park experience he cited as an example of what the medium can produce at its best.

Many industries are already reaping the benefits of VR for marketing purposes, especially in B2B where the technology can help create demos for large or expensive equipment.

“VR will always be really big in gaming, healthcare, and in travel, automotive, real estate and education as well,” Cacace said. He and Dawson both emphasized that pretty much any product with a physical or interactive component can benefit from VR, with only some specific, strictly service-based industries like finance being left out of the conversation.

But as the technology becomes more widely available, experts see pitfalls if marketers fall back on old habits in the rush to capitalize on new technology.

Cacace, who is consulting on the development of guidelines and best practices for VR ads, warned of the “regurgitation” of outdated and obtrusive techniques like interstitials ads— formats that are proven by neuroscience to not really work anywhere, let alone on a platform predicated on immersion like virtual reality.

It’s a mistake the marketing world has made time and again, where integration of old rules takes precedence over the innovation of new ones — and Cacace said the industry needs to “weed out” such practices.

“You have to be creating ads that have a sense of depth and presence and engagement,” he cautioned. “You have to have respect for the consumer. If you piss them off, they will rip the headset off their face and might not put it back on.”

Is VR hype or mainstream?

In late September, Samsung President and Chief Strategy Officer Young Sohn spoke at a company event in San Francisco and said he was unsure whether VR would turn out to be “hype or mainstream,” according to TechCrunch.

While consumer doubts about VR makes sense given its lack of widespread adoption, the statement from Sohn suggests a change of pace at the production level, as Samsung is one of the industry's lead manufacturers. Samsung appears to be taking a "wait-and-see approach" to investing in more VR products until hype starts to meet reality.

But analysts say initial hesitance is nothing to sweat. In fact, it might even be a positive.

“The industry is a hot mess, but that’s okay for an early medium,” said Dawson. “It forces us all to think creatively and think hard about, ‘How do we actually make a mutually beneficial ecosystem thrive?’”

Cacace, whose company Vertebrae just netted a reported $10 million round of VC funding in mid-September, expects the technology will continue to hit its stride in the mainstream.

While predicting exactly when VR will truly blow up is impossible — Dawson said there’s no set date on when marketers should start spending on the medium — he emphasized experimenting early as the smart move. Despite the risks and challenges of starting earlier, the medium will only grow pricier as it becomes more viable and valuable on a large scale.

“There is a significant benefit to early experimentation that I’ve seen in my previous roles,” said Dawson, who worked as an analyst for a once-fledgling social media startup called Snapchat, which is now reportedly prepping an IPO worth over $25 billion. “While the measurable return to earlier experimentation may be tenuous at best for the next few years, it would be foolish to not dedicate resources to hearing that through.”

"VR is still a niche offering, though a growing one with tremendous potential," according to the IAB — and Bager thinks marketers will play an essential role in helping VR reach that potential.

"When it comes to VR, there are a lot of brands that are very interested," she said. "This is very much driven by marketers." 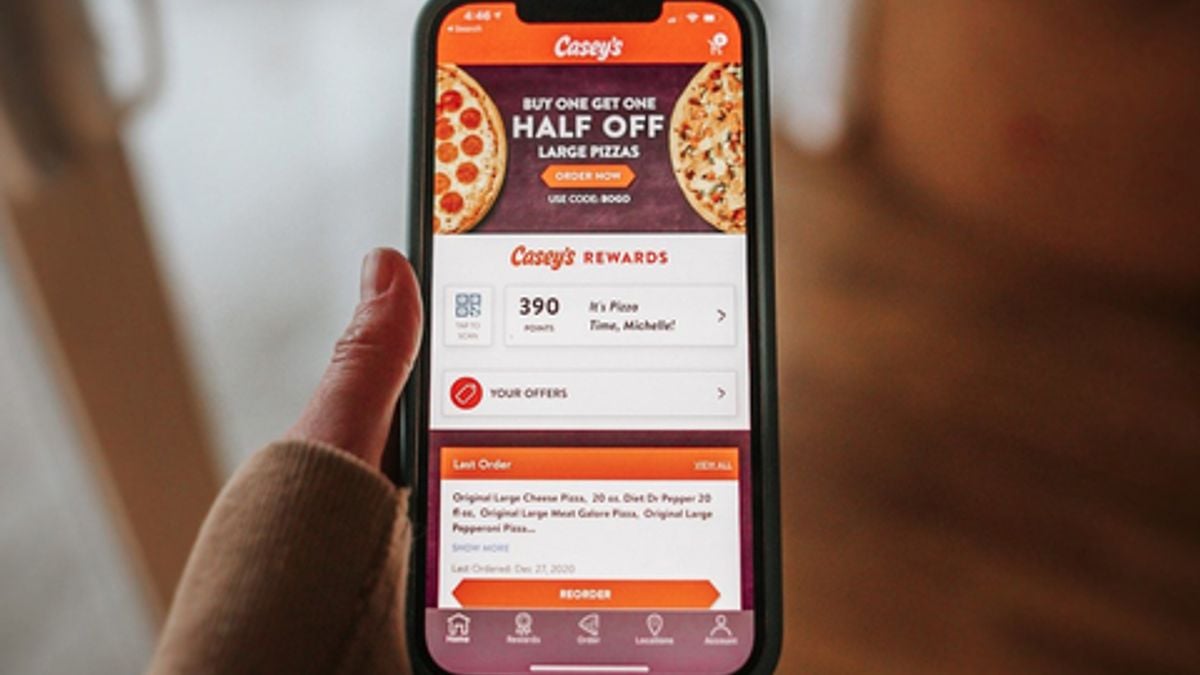 View all | Post a press release
New Book House of the Customer by Greg Kihlström Discusses How Brands Can Create the Personali…
From The Agile Brand
Temu Offers Affordable Gifts for Valentine's Day
From Temu
Flouwer Co, Tenfold Collaborate To Refresh Packaging and Brand
From Tenfold
Editors' picks
Latest in Ad Tech
Industry Dive is an Informa business
© 2023 Industry Dive. All rights reserved. | View our other publications | Privacy policy | Terms of use | Take down policy.
Cookie Preferences / Do Not Sell