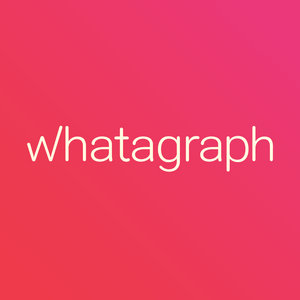 If you’re in business, you know that social media isn’t just about pretty pictures and catchy captions. Although these two come into play, it’s tracking the performance numbers that matter.

“But I already have to come up with a new campaign idea and million other things this week!” you might say. We know, we know – going through all your social media channels and handpicking the numbers is simply too frustrating.

Luckily, there’s a way to go around it: in today’s article, you’ll find all the tips and tricks to check your performance numbers in 15 minutes approximately.

Step one. Asses every channel and check the basics

First things first, you should check the well-known engagement metrics across Twitter, Facebook, Instagram, and other social media channels, including likes, comments, shares, and retweets. While you’re at it, gather impressions and website clicks, too.

Once you have the numbers, identify what type of content performed best: was it video, image, or text posts?

Lastly, count the number of conversions: what’s the number of people that became paying customers thanks to a social media channel? To access these details, go to your Google Analytics, select Acquisition – Social – Conversions.

To put it simply, the reach metric defines the number of people who saw your post on their feed. In other words, it shows how big your content’s audience is.

Now, there are two things to note in this situation. One – you must track the reach rate on Instagram since the platform will no longer show the number of likes received. So, monitoring your reach rate will give you an insight into the brand awareness your posts result in.

Secondly, if you’re running any paid campaigns on Facebook, make sure you’re tracking paid reach, too.

Step three. The number of (un)followers and audience demographics

This one’s easy – we bet you’re already the number of new followers or unfollowers (hopefully, not the latter!)

However, there’s one thing that matters in this scenario: it doesn’t matter how large your following base is if the people aren’t your target audience. Hence, you should check if your audience demographics match your targeted people.

Finally, see if there were any significant follower spikes that week. If so, analyze what might have caused it.

On the surface, it may look like everything’s going smoothly. But, are your customers satisfied with the product?

It actually is difficult to determine whether they are, but there are certain indicators that help you get an idea:

To evaluate your results, use your goals as a context. This way, you’ll be able to tell if your business is in good shape.

The same goes for social media marketing goals – they must be clearly defined and organized. By assuming you’re on the right path, you’ll be doing yourself a disservice. Hence, the set objective and its outcome should go hand-in-hand.

Once you’ve gathered the numbers, you may start seeing some patterns. Perhaps, one social media channel stood out from the others? If so, can you grasp what made it perform better?

If so, make some insightful notes and try applying the methods on other channels, as well.

If you feel your social media strategy isn’t effective, go through this six-step process. At one point or another, you should be able to identify whether you’re posting irrelevant content or aren’t posting actively.

Alternatively, you can use software that does all the work for you.

Whatagraph here automatically collects data from your social media channels and turns it into a live report. Using the software, you’re able to monitor your performance numbers in a single location. It also gives you the flexibility of adding as many data sources to your report.

Oh, and did we mention that the reports are really pretty, too?