The worst food mascots of all time

It’s hard to know who to blame. Maybe it was that kid in the sailor suit on the CrackerJack box. Folks seemed to like him back when he and his dog first appeared in 1918. And apparently everyone in the food industry looked at Cracker Jack and decided they could come up with someone just as cute and appealing as Sailor Jack and Bingo (bet you didn’t know their names) and sell loads more food.

But the truth is that there was a sort of marketing genius behind Sailor Jack. The same is true of Tony the Tiger and Ronald McDonald. It ain’t easy to create a mascot for a food brand. But marketers, of all people, seem not to understand just how tough it is.

And this is what we get. Behold the worst food mascots in history.

There’s always been something deeply disturbing about these ads. The hands belong to a man and woman who flirt over a tub of margarine. The obvious problem here is that margarine isn’t particularly sexy. But watch the ad and see if you agree that there’s a deeper issue: the actors who provide the voices for the Country Crock hands seem to a) have no chemistry with each other, and b) be strangely unsexy.

But the real problem we have with these ads is that they are a direct rip-off of one of the greatest ad campaigns in history -- the Molson Golden Ale ”meet cute” radio ads featuring Anne Winn and Garrett Brown. Those two folks had a believable, remarkable chemistry.

Go ahead. Give this one a listen.

Weird rip-offs of truly cool things are a recurring theme when looking at the worst food mascots.

Consider if you will, the Rocky Horror Picture Show, released in 1975. To folks of a certain age back then, Rocky Horror was as cool as cool can be. And the movie begins with a strange pair of disembodied, ruby-red lips singing “Science Fiction Double Feature.”

But if Rocky Horror was the wacky tale of the sweet transvestite from transexual Transylvania, then the Dairy Queen lips were something more weird than wacky. 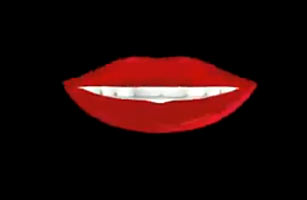 The computer-generated lips were distinctly feminine, but spoke with a man’s voice, and seemingly mocked TV viewers for not having recently eaten a Dairy Queen Blizzard. The result was a sort of skin-crawling revulsion whenever the lips appeared on screen.

[Editors Note: We regret the use of the use of the term "ripoffs" in an earlier version of this article. On the YouTube account for spongmonkeys creator Joel Veitch's RatherGood.com, a Quiznos commercial featuring the characters is credited to The Martin Agency and Joel and Alex Veitch.]​

If looking at these things make you hungry, there’s something profoundly wrong with you.

If there were an award for worst food mascot created by stealing someone else’s idea and then morphing it into something truly bizarre, the winner would be McDonald’s Mac Tonight. 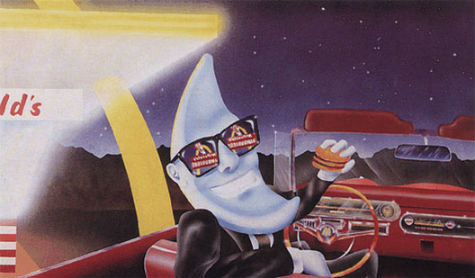 This crescent-moon-headed thing was supposed to convince adults that eating at McDonald’s after dark was as hip as the hippest jazz club.

Mac Tonight sang a McDonalds-themed version of “Mack the Knife,” the song made famous by Bobby Darin.

Darin’s son Dodd Mitchell Darin filed a lawsuit seeking an injunction. After several years, the Mac Tonight vanished from the U.S. But McDonald’s still uses the mascot in parts of Asia.

In the 1980s, Domino’s Pizza gave the world “the Noid.” As near as anyone can tell, the Noid was supposed to evoke the difficulty of getting a pizza delivered quickly.

Lots of folks apparently enjoyed the Noid. Domino’s brings him back from time to time for charitable events. 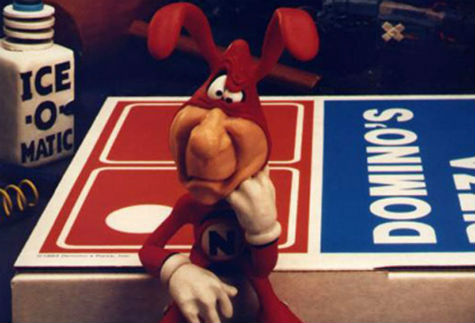 Now we like charity as much as the next guy, but we can’t help looking forward to the day when the Noid finally meets the mascot-killing creature called a Bolish.

We’re willing to bet that we’re not the only people to be completely heartbroken by the Chick-Fil-A cows. 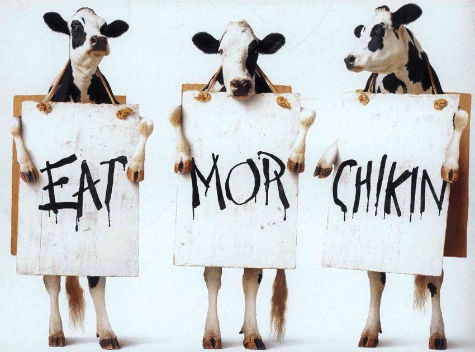 Wherever you stand on the I-love-meat versus I-love-animals continuum, there’s something horrific and disturbing about using illiterate cows seeking to escape death as a mascot.

The cows with their misspelled signs don’t make meat-eaters want to eat chicken. They make them want to eat tofu.

Everyone remembers him—that strange, haunting face with the creepy smile. What was Burger King thinking with this guy?

Sure, he was memorable. But he was frightening and gross and disturbing too. Didn’t anyone at Burger King think twice about using a mascot that looked like a figure from a child’s nightmare to advertise a restaurant where people take their kids?

In fact, the only good thing about The King is that he was less disturbing than …

We don’t know what to say about Krinkles. Even if you’re not afraid of clowns, you’re probably afraid of him.

He looks less like a food mascot than he looks like a character from a low-budget horror movie. Yet somehow, for some reason, someone decided to put him on a box of Post’s Sugar Coated Rice Krinkles. 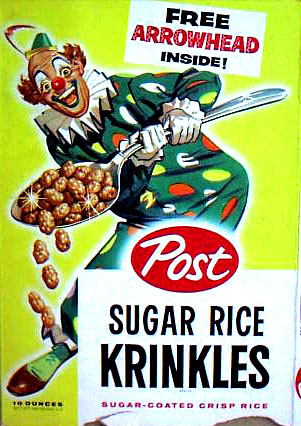 In fact, the only good thing about Krinkles is that he replaced …

2. PERHAPS THE MOST RACIST MASCOT IN FOOD HISTORY

From his stereotypical slanted eyes to his bowl haircut to his funny-sounding name (Get it? He’s small. He’s only so high, so we called him So "Hi”), he looks less like a mascot than he does a piece of WWII propaganda. 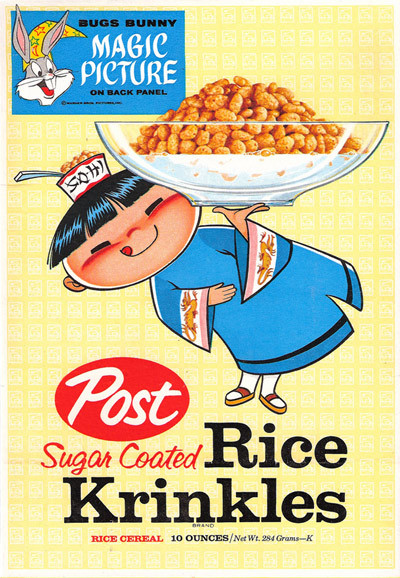 But So Hi wasn’t a wartime phenomenon. This piece of tone-deaf marketing ran for much of the 1960s. Now just to be fair, the 1960s were a different era. And it’s not fair to judge the actions of people then through today’s standards.

Back then it probably made sense when someone at the ad agency said “I have a great idea. Let’s teach contempt for other ethnic groups and sell cereal at the same time!”

The strangest food mascots tend to come from the fruits and vegetable industry. No one knows why this is, but it’s probably related to the sheer number of small shipper/growers who would like to duplicate the success of the California Raisins but lack a large advertising budget.

But whatever the reason, the produce industry is full of low-rent mascots—usually people dressed in some sort of veggie costume with the corporate logo on the chest.

It’s useless to try to decide which of the produce mascots is the worst of the worst.

So instead, let’s just have them race.

Would you like to see more marketing industry news and information like this in your inbox on a daily basis? Subscribe to our Marketing Dive email newsletter! You may also want to check out Marketing Dive's look at how the industry reacted to the new Yahoo logo. 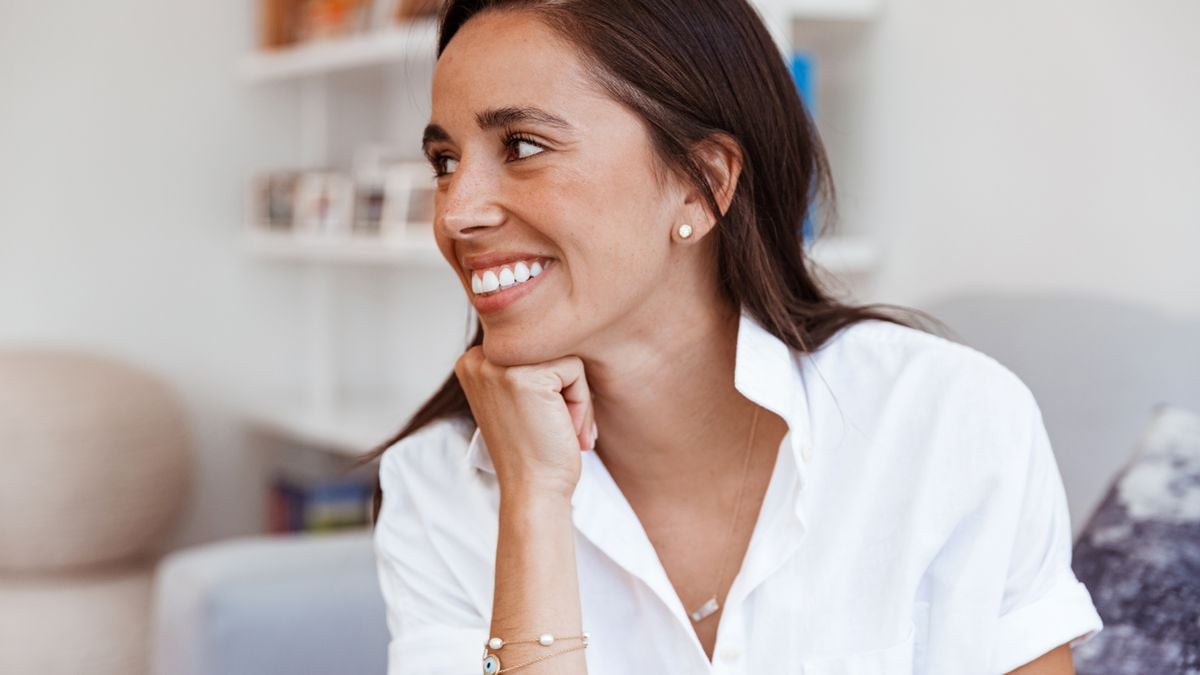 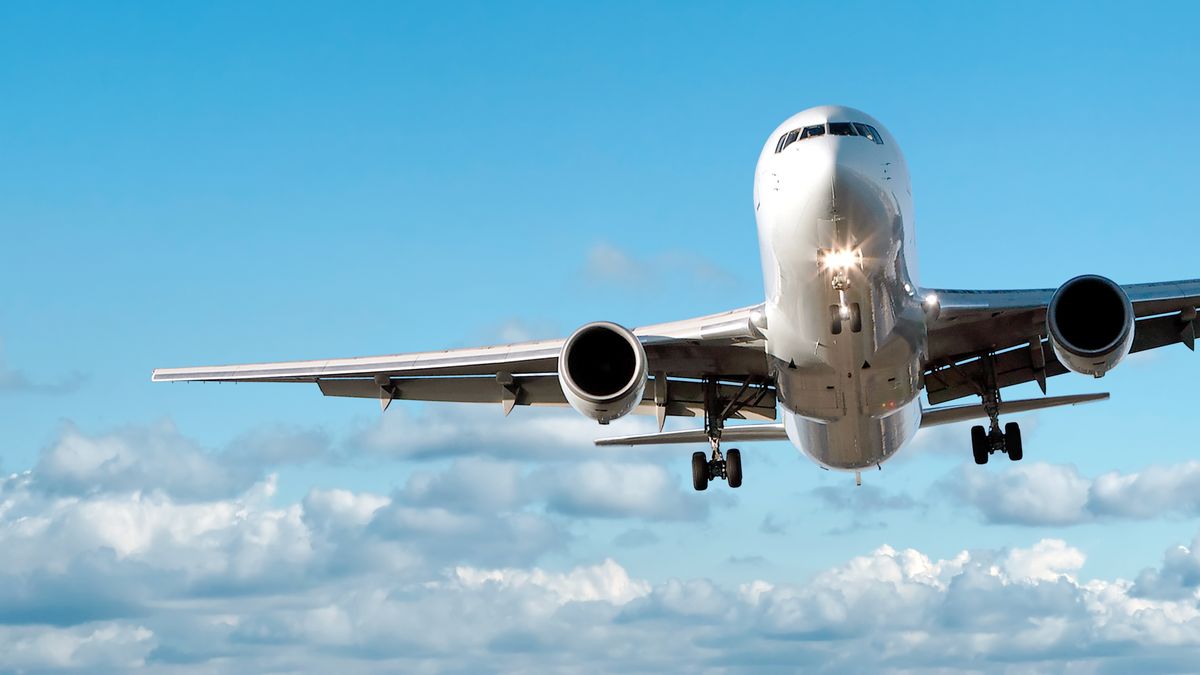 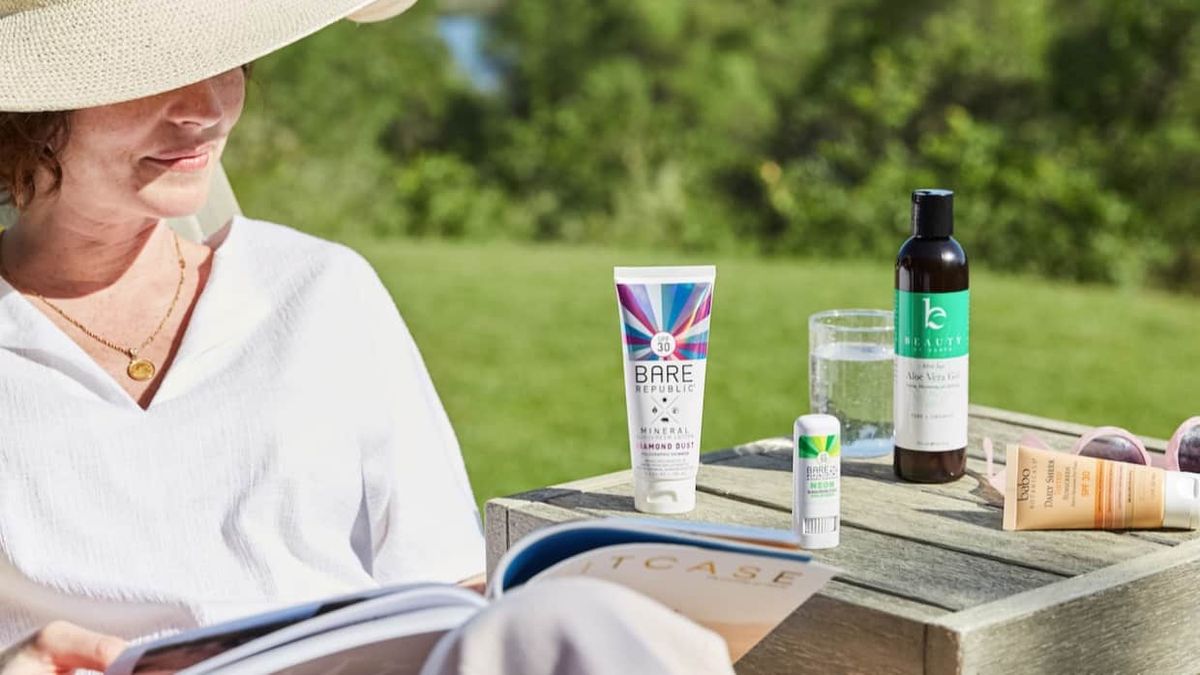 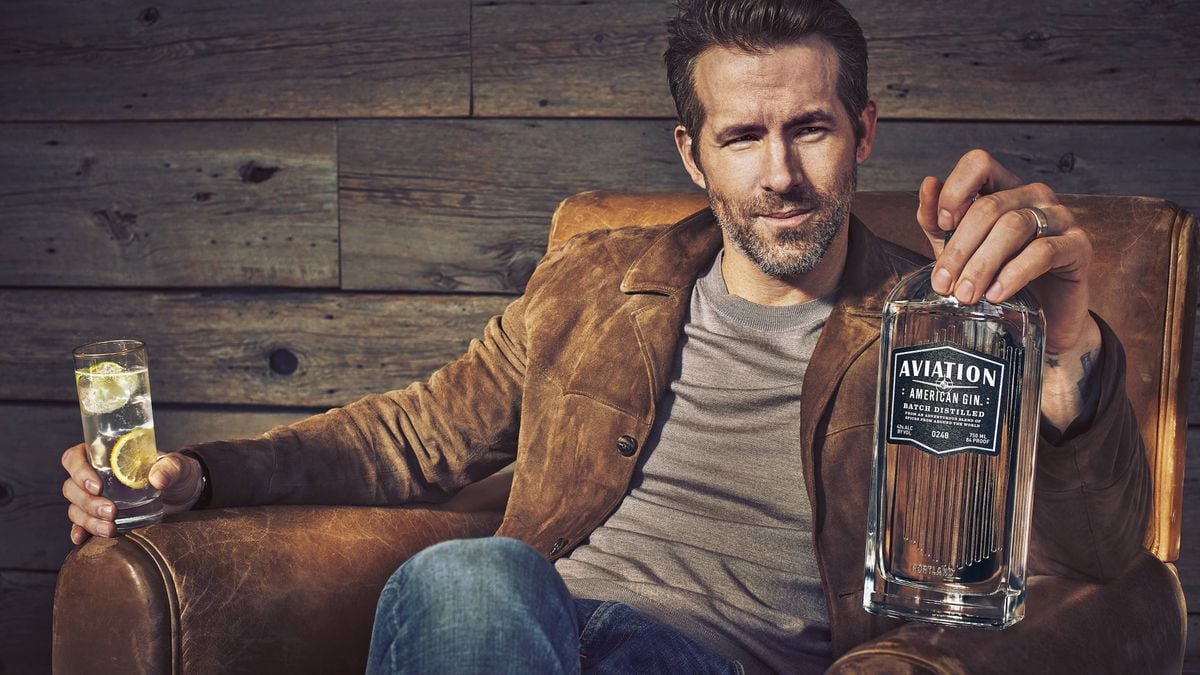 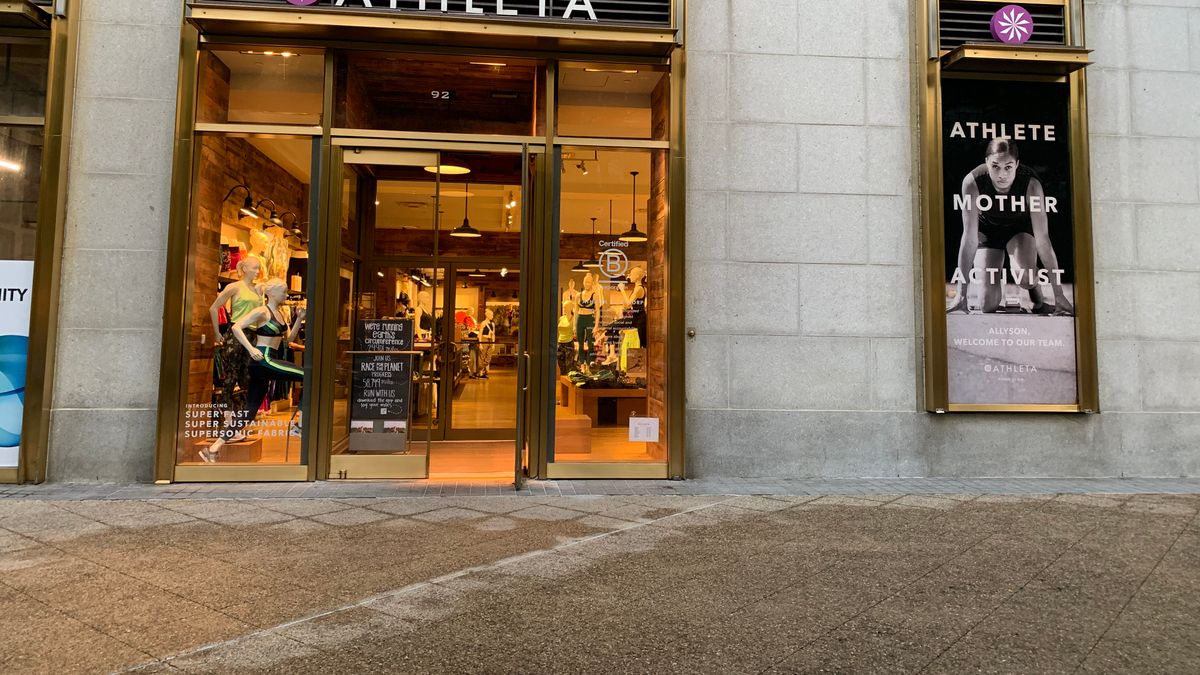 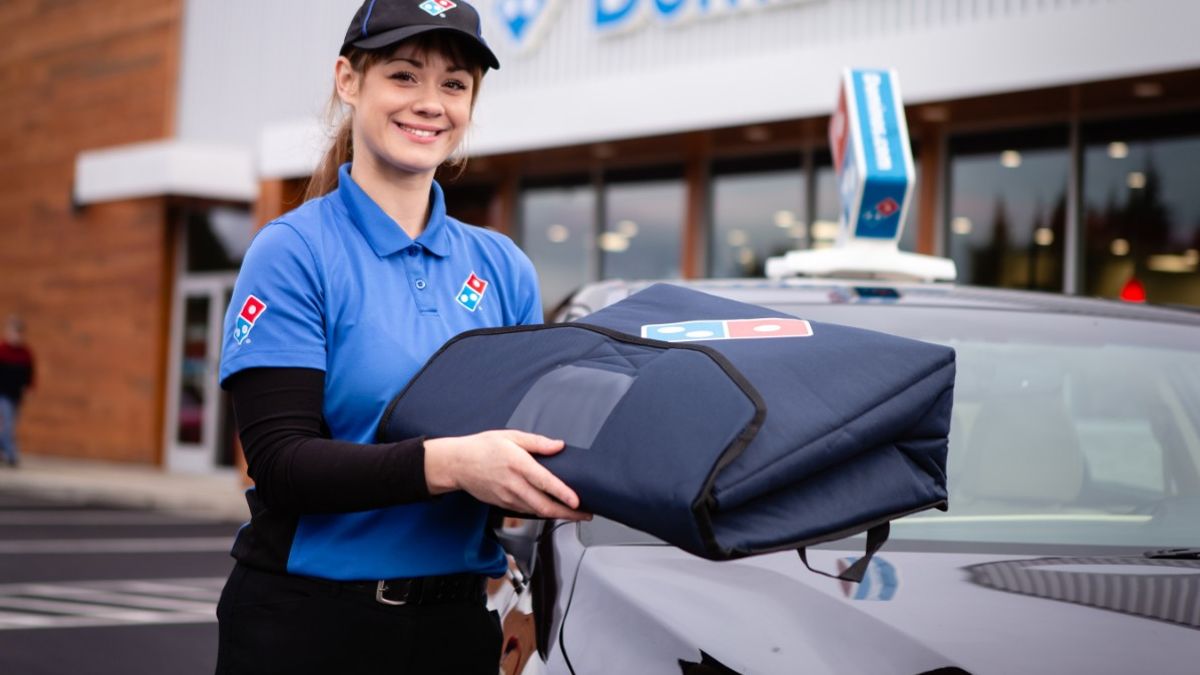 View all | Post a press release
New Book House of the Customer by Greg Kihlström Discusses How Brands Can Create the Personali…
From The Agile Brand
Temu Offers Affordable Gifts for Valentine's Day
From Temu
Flouwer Co, Tenfold Collaborate To Refresh Packaging and Brand
From Tenfold
Editors' picks
Industry Dive is an Informa business
© 2023 Industry Dive. All rights reserved. | View our other publications | Privacy policy | Terms of use | Take down policy.
Cookie Preferences / Do Not Sell