Why marketers should focus on video's overall role, not specific tactics

Given the medium's growing importance, marketers need to take the broad approach and understand how to weave it throughout their entire content strategy.

Despite a recent focus on specific digital video tactics like live streaming or 360-degree technology, the real magic of video is only really apparent for marketers when they integrate it throughout their entire content marketing strategies rather than honing one approach over another.

Video has many applications: It can support top-of-funnel marketing like brand awareness through compelling storytelling, and it's effective throughout the entire sales pipeline as a way to present customer stories and testimonials, as well as to answer frequently asked questions. A testimonial video might even be the impetus that drives a sale home when a shopper has placed something in an e-commerce cart but hasn’t checked out yet.

With too many use cases to list and strong consumer adoption, it's now a given that marketers must include video in their efforts, but where exactly it best fits in and how much time and resources should be put into it will vary by brand.

"Video content is just one piece of the puzzle of a content marketing strategy," said Emily Ann Brown, director of media and analytics, Elasticity. "When combined with a strategic distribution [paid media] plan and other forms of content, it can be a very compelling piece of the overall marketing mix."

Video has become a go-to piece in the content marketing puzzle, and for good reason. Video often serves as a more effective, compelling storytelling format than static options like still images and text. And the video revolution has been largely fueled by two technology advances — the advent of widespread broadband and the simple fact that it's relatively easy to create, edit and share with nothing more than a smartphone.

Smartphones are also a driver of video content consumption, as mobile users have been proven to be more than happy to watch video on smaller screens. YouTube is the old guard in the space, but other social media platforms have quickly gone all-in. Facebook has made it clear it's focused on the medium, with moves like tweaking the News Feed algorithm to emphasize video and execs making statements that they see an all-video future for the platform, especially as digital display real estate crowds up.

"Video content has become so prominent recently for a variety of reasons. It is so much more conducive in telling a brand's story than a still image could ever hope to be," said Chris Madden, co-founder of digital marketing agency Matchnode.

"It can serve to educate, inspire, entertain, or nearly any other emotion a brand is hoping to elicit from its audience," he said. "It creates a more personal touch — especially with the rise of live video. It really gives the consumers and fans a first-hand view of what is going on inside the life of the person or brand they are following."

Industry publications like Marketing Dive regularly cover video as a content format, often drilling down into specific situations and tactics, such as the importance of grabbing viewers' attention in the first few seconds of video, the value in producing super short videos of 10 seconds or less and how marketers should approach live streaming. But, given video's importance, marketers also need to understand how video content fits into a far bigger picture.

Where video ultimately shines most in a content marketing strategy is its ability to bring more interaction for users and to illustrate concepts that can't be properly communicated with still imagery or words.

"Brands who have a complex message must include video as part of their content marketing strategy in order to break through the very low level of attention that users have online and fully communicate the benefits of their brand," Brown said.

To get started, Madden suggested developing a couple of primary,  evergreen video assets that can be promoted for a year or more.

"Once those two assets are created and solid, most SMBs shouldn't get bogged down in continually creating new videos," he said.

In terms of cost, the general wisdom is that when spending $1 in production, plan on spending at least $1 for promotion, per Madden. As for overall content resource allocation, he leans toward pushing 30% of a marketing budget to video assets and the rest around image-focused call-to-action ads and content like blog posts, but there are no hard and fast rules.

As for types of video to include in a content strategy, top-of-funnel "intro" videos, live streaming and Snapchat spots work, along with product demos, webinars and educational video. Overall, the mix depends on the business.

"Brands can’t expect users to spend several minutes or more with their content without a proper short-form introduction," she said.

If a video gets produced and placed online and no one watches it, did it ever really exist? Philosophical questions aside, both Madden and Brown emphasized the importance of getting video in front of eyeballs.

"Share it liberally," said Madden. "It's not enough to just post a new video to Facebook and hope it takes off. Put some ad budget behind it and get it in front of both your existing audience, as well as prospective members of your audience."

Retargeting is another successful tactic, per Madden, who said watching a video is a highly engaging activity, but segmenting that audience further to find people who are the most invested allows marketers to better serve that segment and help them with a future purchasing decision.

"We love using Facebook Custom Audience to retarget our most committed video viewers," he said. "We will create an audience of those who’ve viewed 75%-plus of the video and retarget them later with a different video showcasing more reasons why they should love our brand."

Given that video appears on different platforms in different ways such as through autoplay with sound or no sound, Brown suggested taking sound into account and editing video to be easily interpreted without sound.

"About 85% of all video views consumed on Facebook are viewed without sound. As marketers, it's our job to understand how people are using the medium and adapt our content accordingly," Brown said. "Marketers who aren’t considering a soundless experience for their videos are missing out on an opportunity to engage with users who may never hear the audio of their content."

Madden recommends focusing on Facebook, as the platform is paying more mind to the medium. He also mentioned that Facebook's video analytics are strong and likely to deepen in the coming months, particularly with data around autoplay and volume, potentially accounting for when a viewer turns the volume on or off.

Video produced for content marketing can also be repurposed for advertising as long as that use is planned out in advance, said Brown. And, like all marketing assets, video pushes will only be successful if marketers track performance and evolve their approach based on data.

"Marketing teams need to clearly identify the objectives for each video being produced before production so the production teams can get footage that delivers upon the communication objectives and distribution methods of each video," Brown said. 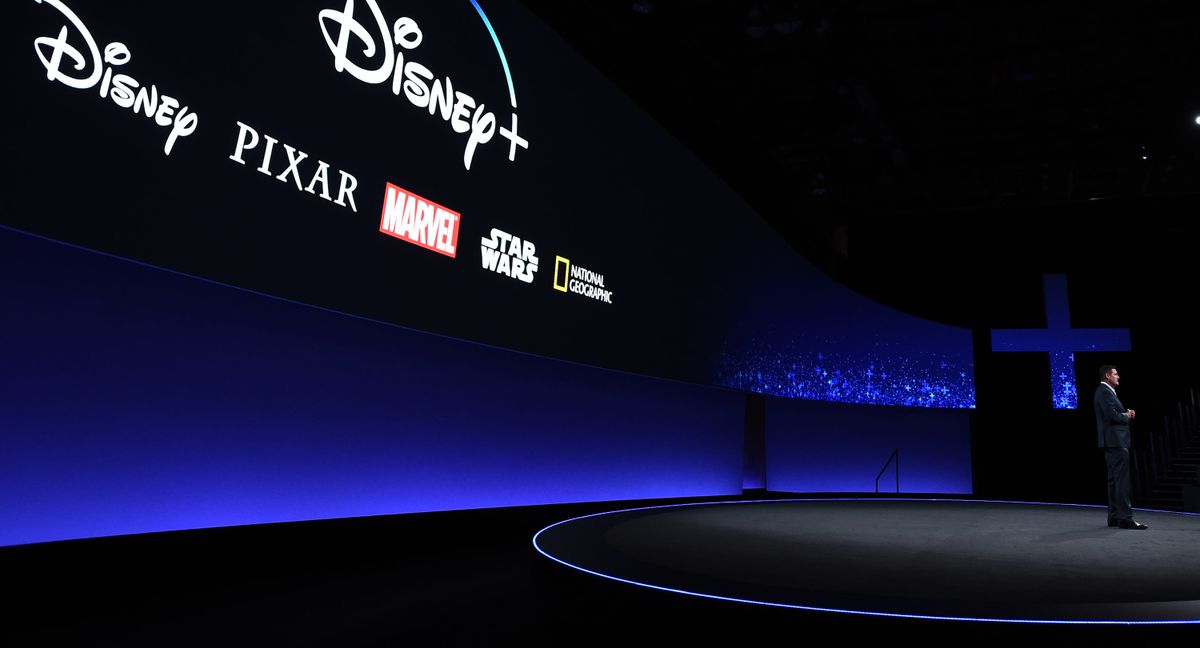 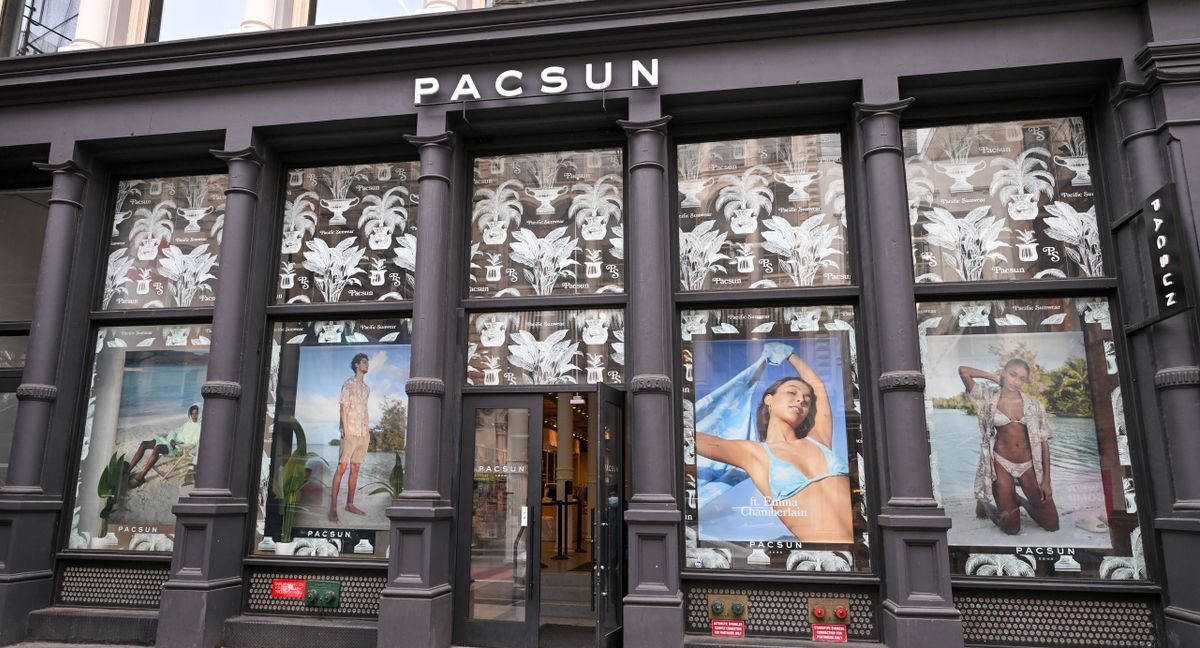 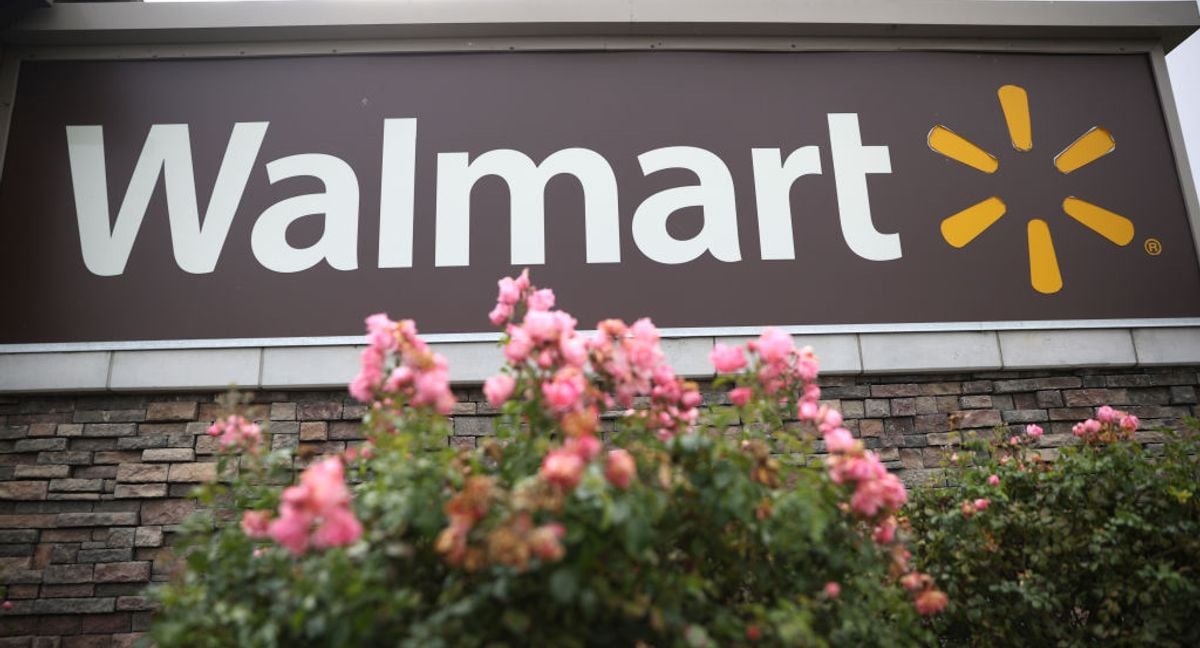 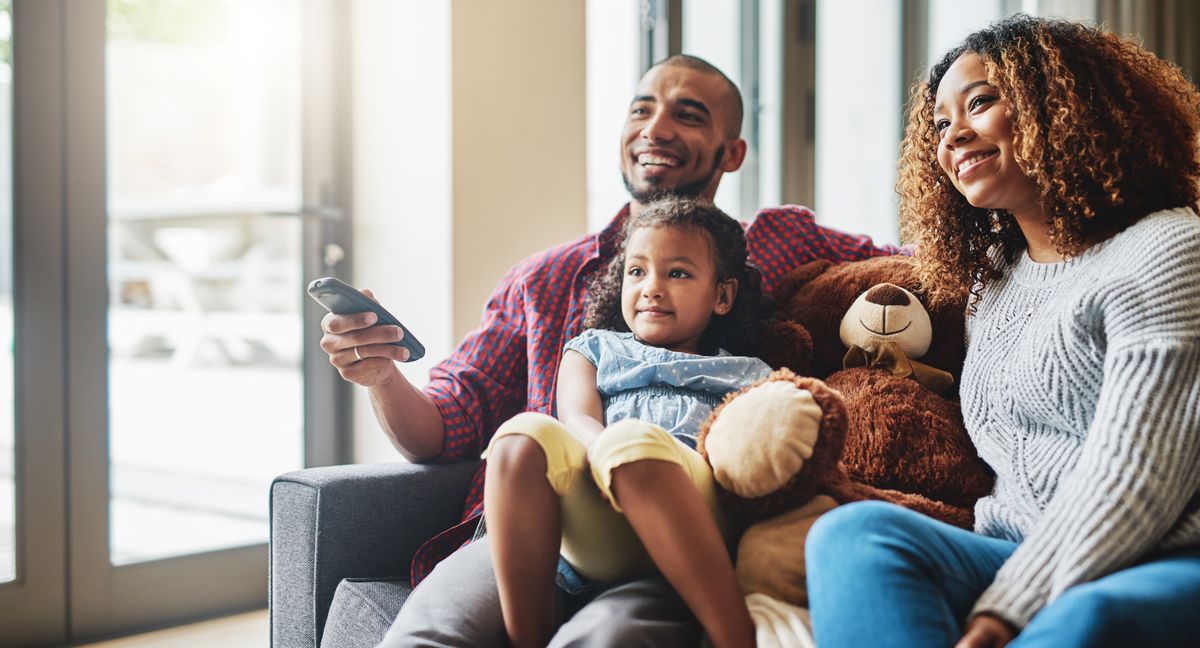 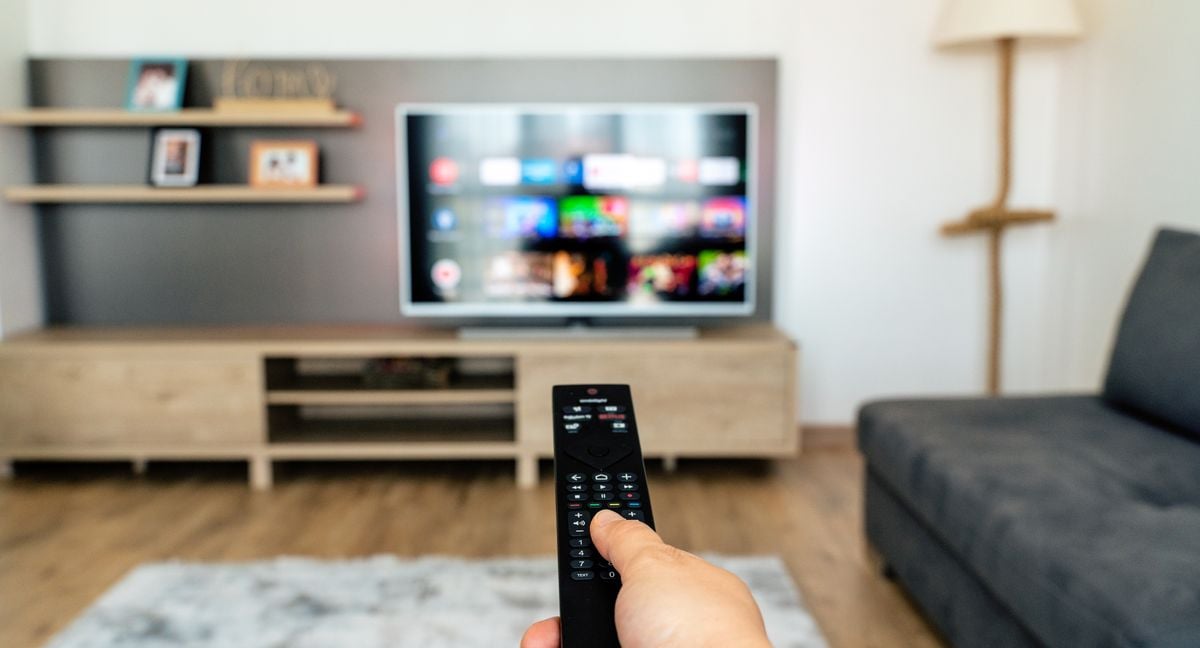 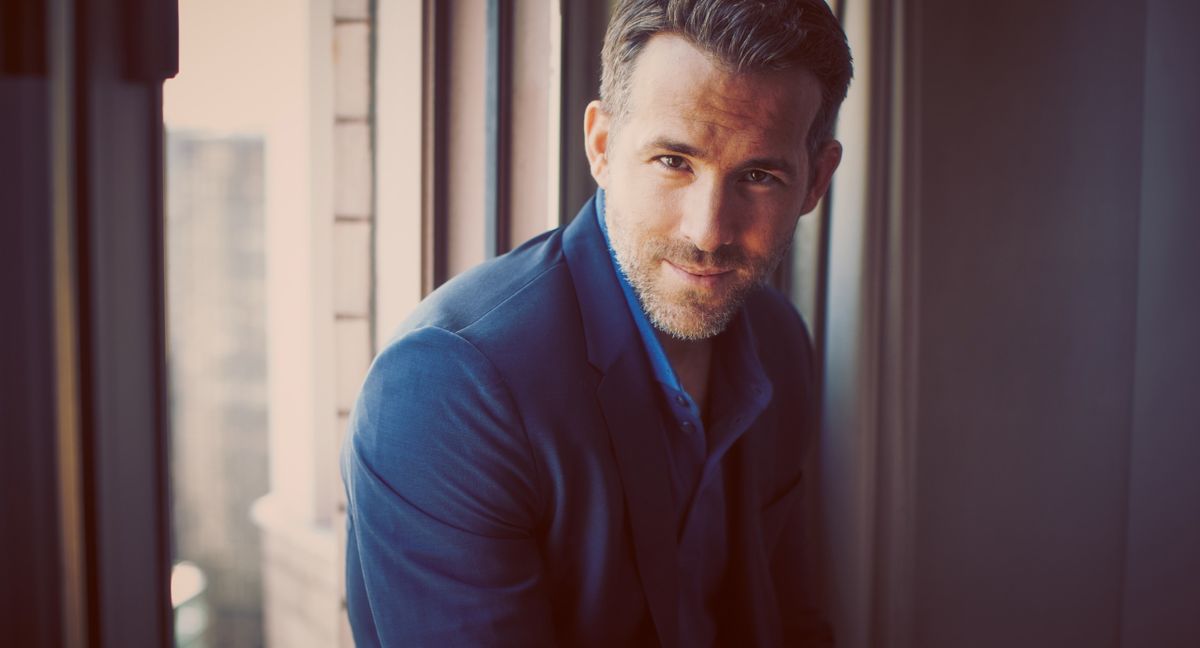 View all | Post a press release
RollWorks Presents the ABM Lounge at INBOUND 2022
From RollWorks
Lack of Real-time Analytics, a Pressing Challenge for Marketers: MoEngage Report
From MoEngage
B Lab Global Announces 2022 Best For The World B Corps
From B Lab Global
StackAdapt Releases New Report on How Marketing Executives Are Approaching Programmatic Advert…
From StackAdapt
Editors' picks
Latest in Video
© 2022 Industry Dive. All rights reserved. | View our other publications | Privacy policy | Terms of use | Take down policy.
Cookie Preferences / Do Not Sell