As the world becomes increasingly integrated with social media platforms both for communication and marketing, corporations are building command centers to help them manage the task. Each is a bit different in design and function.

Take a look at how these five companies are using command centers to stay on top of the social conversation.

Wells Fargo is a recent addition to the social media command center scene. A main motivator for the mega bank in creating its center was the sheer volume of social media posts that Wells Fargo posts and reviews everyday.  During the first quarter of 2014, the bank was on track to publish 16,000. Additionally, Wells Fargo monitors between 2,000 and 4,000 posts every single day. To handle the volume, Wells Fargo has employed a dozen people in its San Francisco office and half a dozen in Charlotte, N.C.

Unlike corporations in other industries, Wells Fargo has a slew of financial regulations that apply to its social media interactions. Because of this, each post has to be thoroughly reviewed and the firm has to closely monitor what is being said online about its brand. The bank has assigned a risk manager in its Charlotte office specifically for the task of approving all social media posts. Everything needs pre-approval except for basic “Thank you for your post” responses.

A big focus in Wells Fargo’s social media strategy is to monitor news headlines for articles related to the financial industry and, of course, mentions of the Wells Fargo name.  In addition to news headlines, the firm is focusing on reaching the under-32 crowd — specifically on topics like debt.

PepsiCo's sports drink brand is a pioneer in the idea of a social media command center. In 2010, the brand opened up Gatorade Mission Control in its Chicago headquarters, mimicking the aesthetics of a war room. Across six big monitors, the marketing team monitors data visualizations and dashboards related to the brand’s social media mentions and activities. Gatorade had the system custom built with the help of Radian6 and IBM. Marketing employees also have access to the data through their desktops.

As Carla Hassan, the senior marketing director for consumer & shopper engagement, told Mashable, the goal of Gatorade Mission Control was to “take the largest sports brand in the world and turn it into largest participatory brand in the world.” One of the ways the brand has accomplished this is via a Ustream allowing followers to interact directly with NFL stars as part of a Super Bowl promotion. Gatorade has continually offered followers interaction with different athletes via Facebook and Twitter.

Chip maker Intel has also been on board with the social media command center idea for a few years. It launched the Intel Social Media Center of Excellence in 2009 to help aid its social media listening capabilities. Like Wells Fargo, Intel had a need to create a centralized unit to help manage its huge volume of social media interactions. For example, the brand has over 10 million fans across its dozens of Facebook pages, with interactions coming in from over 50 countries.

Although broad global scope is important to Intel, the brand also understands the importance of local. Ideas often flow both directions, from local to global and vice versa. In order to focus on local ideas, Intel needs a full team staffed in its social media command center to handle the workload. One example of local ideas scaling globally is the “Museum of Me” app, which allowed users to upload photos and videos to an online personalized museum. The idea was developed for an Asian market, but once it caught popularity, Intel was able to easily scale it globally because it was developed in the central Social Media Center of Excellence.

As a B2B company, the social media needs are a bit different for Intel. Rather than just collecting likes, the brand finds value in gathering information from social media. Intel’s social media strategist Ekaterina Walter says Intel uses tactics like quizzes, challenges, and puzzles to gather information about client opinions. That information is then helpful in developing new products and practices.

Partially inspired by Gatorade, Cisco Systems entered the social media command center arena in 2012 with the launch of its Social Media Listening Center at the Cisco Executive Briefing Center in San Jose, Calif. The command center is built around six touch screens that showcase various data on social media conversations surrounding Cisco’s brands, products, and services. The platform is cloud-based and powered by the company’s own SocialMiner and Radian6 analytics solutions.

Not only do marketing employees have access to the listening center, but all employees, visitors, partners, and customers are welcome to interact with the six touch screens. The openness of the command center provides insight to employees and serves as an informational novelty to clients, both existing and potential, who enter the headquarters. A smaller two-screen kiosk has been strategically placed in front of the CEO and CMO’s offices to ensure the top-level executives can keep an eye on the social conversation as well.

Cisco’s extensive social presence includes over 70 Facebook pages and 100 Twitter accounts. Mentions and conversations involving the brand are automatically routed through the Social Media Listening Center to the appropriate departments. In this way, the center serves as another avenue for customer service issues and customer information gathering. The filtering is based on a Cisco-created playbook that identifies various types of mentions the brand receives. The team also developed a concept of “action-based conversations,” which sees it rank mentions on a scale of one-to-three as far as how soon they requires a response — if at all.

CRM provider Salesforce calls its social media center the Customer Company Command Center. The center is powered by Salesforce’s own marketing cloud, staffed by community managers and social customer reps, and features a wall of huge flat screen displays pushing in data from the cloud. The wall also houses a towering display that runs tweets mentioning Salesforce. Each employee is also equipped with 27-inch screens that stream real-time social data.

The main focus of Salesforce’s social strategy — and the inspiration for the command center — was to provide lightning fast responses to the high volume of customer inquiries and problems coming in from social channels. On a daily basis, there can be as many as 50,000 mentions of Salesforce on social platforms. Without a dedicated team with proper access to data through the marketing cloud, tens of thousands of questions could potentially go unanswered everyday.

The main command center has also evolved into a way for Salesforce to showcase the capabilities of its Marketing Cloud. For example, the company partnered with Radian6 and Buddy Media to build a similar command center for the 2013 CES Conference. Attendees were able to see the huge display running data on the social media conversations surrounding the conference. Another display was assembled at the Dreamforce conference in San Francisco. The command centers provide an effective way for Salesforce to highlight its product’s capabilities while also serving as a platform the company uses itself.

Would you like to see more marketing industry news and information like this in your inbox on a daily basis? Subscribe to our Marketing Dive email newsletter! You may also want to check out Marketing Dive's look at 10 things you need to know about Ad-ID. 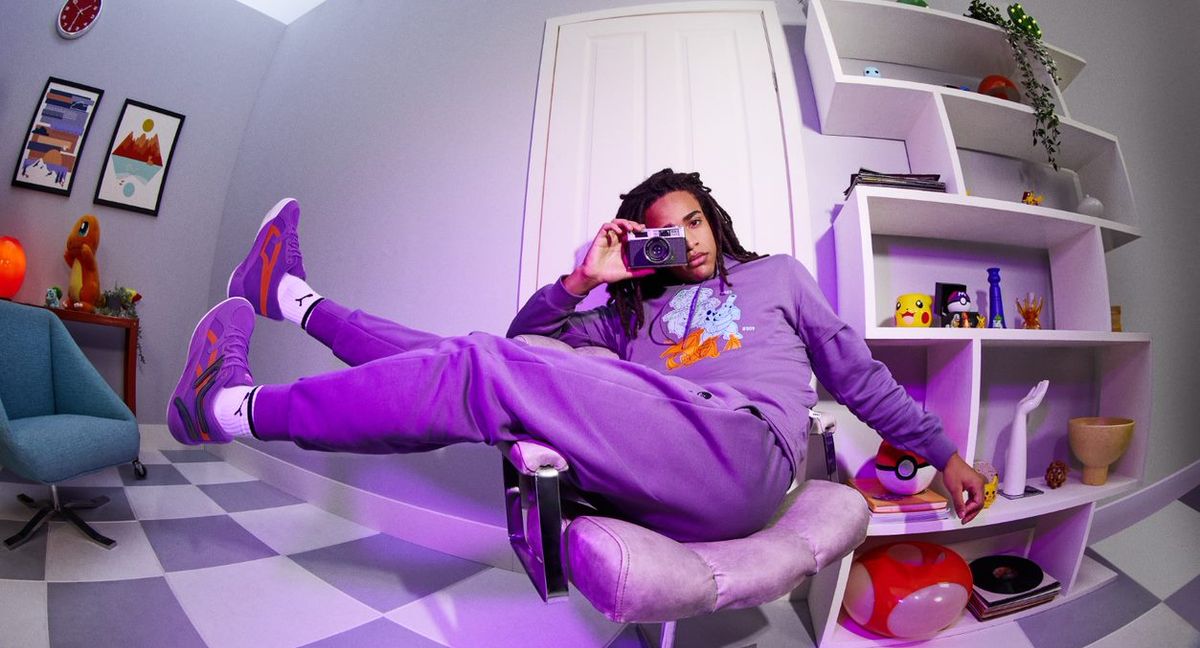 View all | Post a press release
B Lab launches Forces for Good, a new podcast
From B Lab Global
BylineBuddy Launches From Stealth, Promises to Disrupt Global Thought Leadership Marketplace
From BylineBuddy
Acast Launches Keyword Targeting to Introduce the Most Granular Capabilities In Podcast Advert…
From Acast
AliExpress Launches Campaign Introducting US Consumers to the World's Largest Marketplace - Ad…
From OKRP
Editors' picks
Latest in Mobile
Industry Dive is an Informa business
© 2022 Industry Dive. All rights reserved. | View our other publications | Privacy policy | Terms of use | Take down policy.
Cookie Preferences / Do Not Sell